Protesters accused of nothing more than being outside after 8 pm are facing jail time and/or hundreds of dollars in fines. Others are facing steeper charges. Part of the moment must be to drop all charges now. 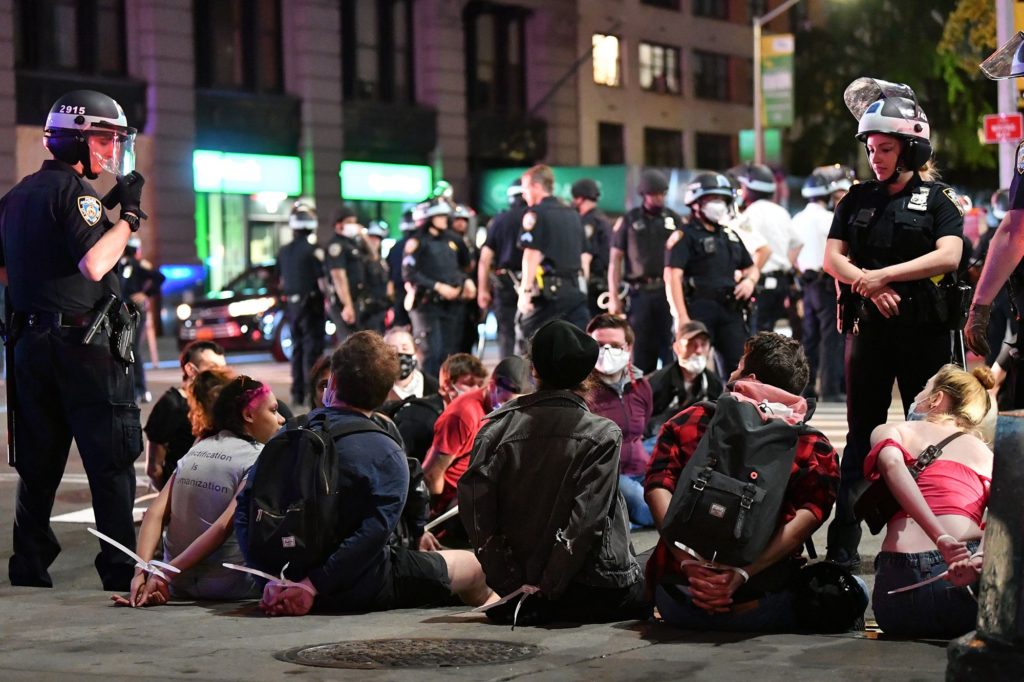 As a result, 1,300 people in NYC are facing class B misdemeanors for breaking curfew, which is punishable by a 500-dollar fine and/or jail time. That means that nearly half of all arrests during the protests were for merely being out of the house and in the streets after 8pm.

While these protesters, who did nothing more than be outside their house after 8pm, face jail time, the police, who violently repressed protesters, face no consequences. In New York City, police violence against protesters is well documented: they ran their car into protesters, beat protesters with batons, and pepper sprayed people.

And in cities around the country, people were blinded by police rubber bullets and even killed. These cops aren’t facing any fines or jail time.

In perhaps the most brutal and jarring case, three protesters are facing federal charges for allegedly throwing molotov cocktails. Colinford Mattis and Urooj Rahman are lawyers in NYC and are claimed to have thrown a molotov cocktail at an empty police car. They were released on bail after garnering widespread media attention but still face charges of 45 years to life in prison. Another protester, Samantha Shader, is charged with throwing an unlit Molotov cocktail at a police car. She faces 25 years in prison and has been locked up for over a month and denied bail. These examples show the way that the State is attempting to use these protesters as an example, to prevent further protests. Sign a petition to free them and drop all charges here!

While Breonna Taylor’s murderers walk free, thousands of protesters in NYC and around the country are facing criminal changes. The hypocrisy is staggering. So far, only a couple hundred cases have been dropped. Jennvine Wong, a staff attorney for the Cop Accountability Project at the Legal Aid Society said, “If these cases are still pending, then you’re also putting people at a disadvantage in housing. If they’re looking for new employment, this can have dire consequences.”
The Legal Aid Society and other public defenders’ offices demanded all protest charges be dropped in a letter sent to district attorneys.

In protests, we chanted “we keep us safe” — a promise to oppose the police and support each other. Part of that support must be fighting to drop all charges now.