Adam Toledo, Age 13, Had His Hands in the Air. A Chicago Cop Shot and Killed Him

Adam Toledo was shot by the police while complying with their orders. Then the state tried to cover it up, claiming that he was shooting at the officers. Body cam footage released on Thursday shows that to be a lie. 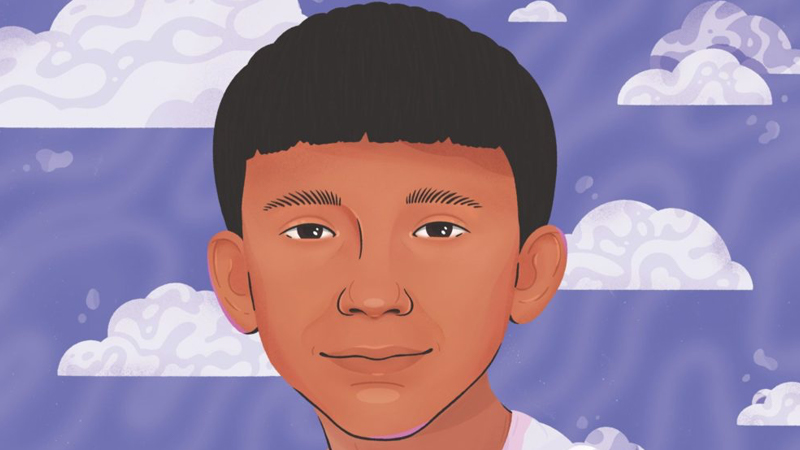 Adam Toledo died with his hands in the air, following the orders of the Chicago police officer who chased him down.

Adam Toledo was thirteen years old. He was in the 7th grade.

In the days following Toledo’s murder, the Chicago PD and their allies in the so-called “justice” system attempted to cover up the murder, clearly realizing that the protest movement kicked off by George Floyd’s murder last summer would not accept the gunning down of a 13 year old at the hands of the cops. They claimed that Toledo had a gun and was shooting at the officers. They charged the man Toledo was with with child endangerment. They said they were investigating. Lori Lightfoot, the Democratic Mayor of Chicago, got on television, cried, and talked about herself as a mother and condemned “gun violence”.

Left Voice is hosting a panel with Bessemer Amazon worker and Black liberation activist, a member of SEIU Drop the Cops and Robin D.G. Kelly, author of Hammer and Hoe to Black struggle and the labor movement.  Sign up and RSVP to the Facebook event.

But Lightfoot knew what would happen. Yesterday she closed one of Chicago’s main bridges to prevent protests from moving throughout the city.

But the body and dash cam footage released on Thursday show, very clearly, what happened. Toledo was walking with a friend, there were reports of gunshots in the area — allegedly from Toledo’s friend firing the gun, seemingly at random — the cops began to chase them. They yelled for Toledo to stop. He did. They told him to put his hands in the air. He did. And then they shot him.

Lightfoot, in her emotional and performative statement upon the release of the footage, was quick to highlight that the murderer rushed to provide medical treatment. And the footage does show the murderer crouching over the body calling for help and asking his victim to “stay with him.” But Toledo died. Because he was shot by a police officer with his empty hands in the air.

Protests are already sweeping across Chicago, full of fury at yet another senseless police murder of a child. Toledo was shot down in the street with his hands over his head while he was complying with the cop’s orders.

There is nothing more to say. If you don’t understand by now, then this article won’t convince  you. I don’t know how many more people need to die before we realize what the role of the police in a capitalist society is. They don’t care if they kill. They’ll shoot first and sort things out later. And there always is a story, later, about why they couldn’t help but murder someone. They thought their gun was a taser, he was pointing the AirSoft gun at you, he was raising his hands. His hands were in the air. And they gunned him down.

Chicago spends over $4.8 million a day on their police force. $5 million a day as their schools suffer, as their social programs get cut, as city-wide austerity rages. $5 million a day to shoot boys with their hands in the air. And then Lori Lightfoot has the gall to get on television and cry. Crocodile tears from another bourgeois politician who cares more about protecting the police and the system of capitalism they protect than literal children. Lightfoot is, after all, battling the teachers unions to force teachers and students back to school, even if it is unsafe, and is refusing to adequately fund schools.

Adam Toledo was thirteen years old. But it doesn’t matter his age. He was killed by a cop with his empty hands in the air.

Last night, members of organized labor drove the National Guard from the union hall in Minneapolis. The transit workers union refused to transport arrested protesters. This is the only way forward: we must unite the labor movement, the Black Lives Matter movement, and the Left into an unstoppable  force that will fight in the streets and the workplace to bring down this entire murderous system. This system that shoots children with their hands in the air.