This week, Amazon workers near Birmingham started voting about joining a union. This could be a historic change for an anti-union company. 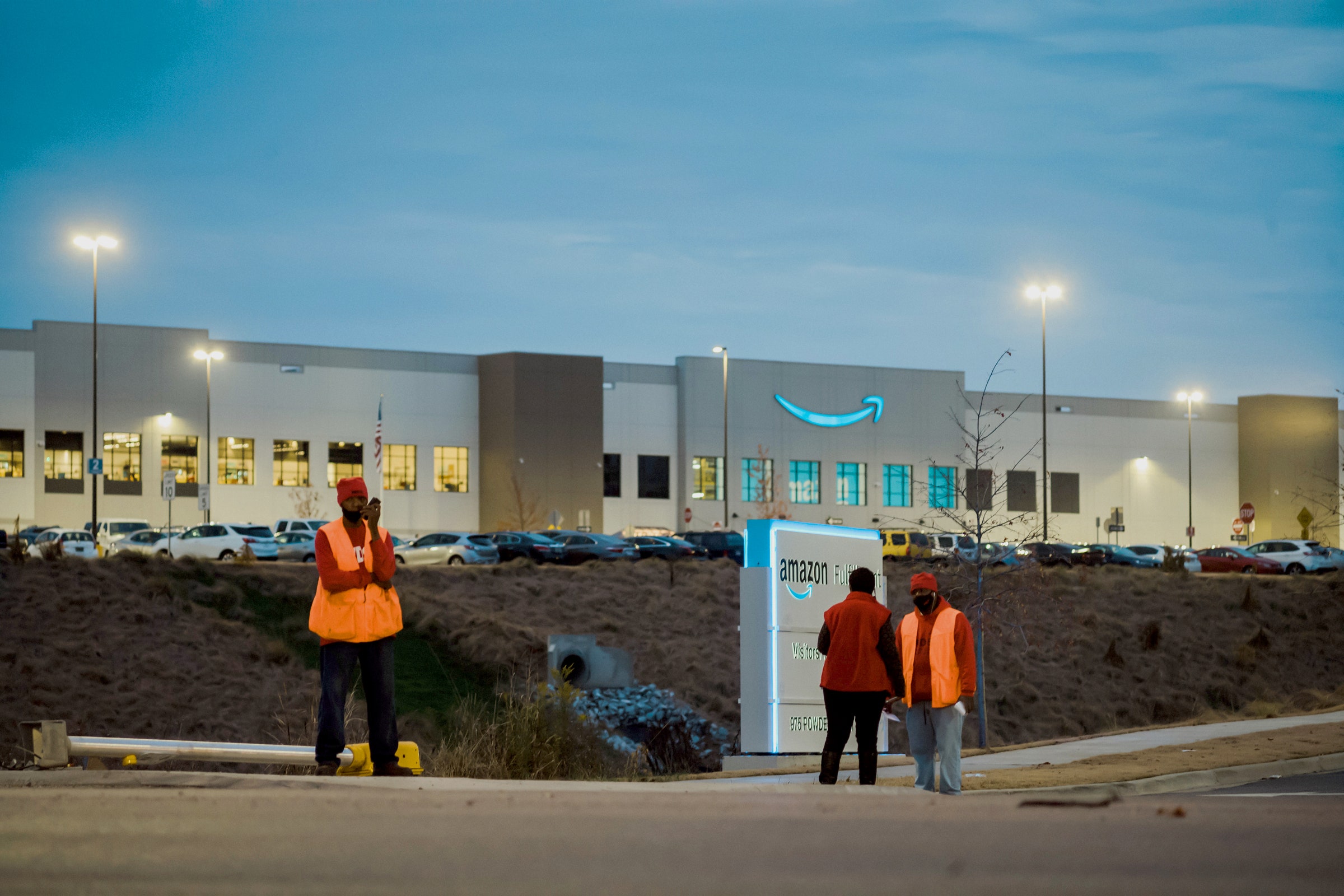 Last week, Jeff Bezos announced he was stepping down as the CEO of Amazon. His fortune is estimated at $196 billion. It’s hard to picture quite how much money that is. As Oxfam put it: Bezos could pay each of his “employees a one-off $105,000 bonus with the wealth he accumulated between March and August 2020 alone, and still be as wealthy as he was at the beginning of the pandemic.”

But Bezos is not paying bonuses. At the beginning of the pandemic, Amazon started paying an additional $2 per hour in hazard pay, yet cancelled this measure in the summer, well before the deadly second wave began. While the company makes record profits, more than 20,000 of its workers had gotten Covid by October of last year. At least ten have died — and both numbers are certainly much higher now

In a sign that the world’s wealthiest people are responsible adults and definitely not deranged, Bezos has said that he wants to step back from his role as CEO to focus on his true passion: private rocket ships. It sure is comforting to know that the wealthiest people on Earth are focussed on one thing: getting off the planet.

That’s what makes this week’s vote in Alabama potentially historic. Yesterday, ballots started to be sent to the 5,800 workers at an Amazon Fulfillment Center near Birmingham. They will have until March 29 to vote on whether they want to join the Retail, Wholesale and Department Store Union (RWDSU).

Amazon’s response to the union effort demonstrates the company’s vicious hostility to unions and workers’ rights in general. Workers at the facility in Bessemer, near Birmingham, have been getting up to five messages a day with anti-union propaganda. Workers are forced to attend anti-union meetings. As the Washington Post reports, anti-union fliers are even posted inside bathroom stalls. “Where will your dues go?” asks one such flier.

The company is spending millions to stop the union. This has been Bezos’s key to success for his 27 years at the helm: keep the workforce atomized and thus powerless. Without unions or other forms of organization, workers can be treated like robots, observed every second by computers and forced to compete with each other and themselves.

The vote in Alabama should make workers optimistic. Stuart Appelbaum, the RWDSU’s president, has gone on record saying that more than half of the workers in Bessemer had signed union cards. Amazon attempted to force an in-person vote, where they would have better opportunities to intimidate workers — but that got shot down by the National Labor Relations Board last week. Workers will now be able to vote safely from home — this is already an example of how organizing can put a stop to Amazon’s reckless endangerment of its employees.

A successful unionization drive at the Alabama facility would put this whole business model into question. It would be a game changer for Amazon workers around the world — all 1.2 million of them. The Post — owned by Bezos as well, incidentally — incorrectly reported that much of Amazon’s “staff in Europe already belongs to unions.” While it is true that many individual workers belong to a union, Amazon has steadfastly refused to sign collective bargaining agreements.

In Germany, for example, strikes have taken place since 2013. But every time thousands of workers have gone on strike, Amazon has hired thousands of additional workers. Strikes have also taken place in many other European countries. But the company has fought back against union recognition with all its vast resources. This is a question of principle for the company from Seattle: they are willing to spend far more to break strikes than it would cost to pay union wages.

An additional problem has been union bureaucrats putting brakes on the struggles. They place their hopes in lobbying bourgeois politicians, like Appelbaum’s meeting at the White House last week. Or in the cases of other bureaucratized unions, they are used to the routines of one-day actions, and don’t seem to realize that it will take enormous mobilizations to convince the richest man in the world to change his way of doing business. This is why rank-and-file Amazon workers across Europe (workers like Christian Krähling, Rest in Power) organized themselves.

Something similar will be necessary in the United States. By joining the RWDSU, workers will see noticeable improvements to their salaries and conditions. But this can only really be the starting point of the struggle. Unionizing all of Amazon’s workers across the U.S. will require rank-and-file networks linking the different facility centers. Socialists need to support these efforts — ideally by working at Amazon and standing at the front line of struggles.

Like no other company today, Amazon expresses the absurdity of capitalism: 1.2 million people are working grueling shifts in pandemic to enrich a single man. But the vote in Alabama is a small step on the road to uniting this enormous army of workers. And if they unite, they can begin to take back some of the immense wealth that Bezos has been pressing out of them, for themselves and the entire working class.