AOC Lines Up with Pelosi, Bolton and Trump in Support of Coup Attempt in Venezuela

The coup attempt in Venezuela, orchestrated by Trump’s National Security Advisor John Bolton, has been condemned by socialists around the world. “Democratic socialist” congresswoman Alexandria Ocasio-Cortez, however, is siding with Republican and Democratic Parties in support of U.S. imperialism. 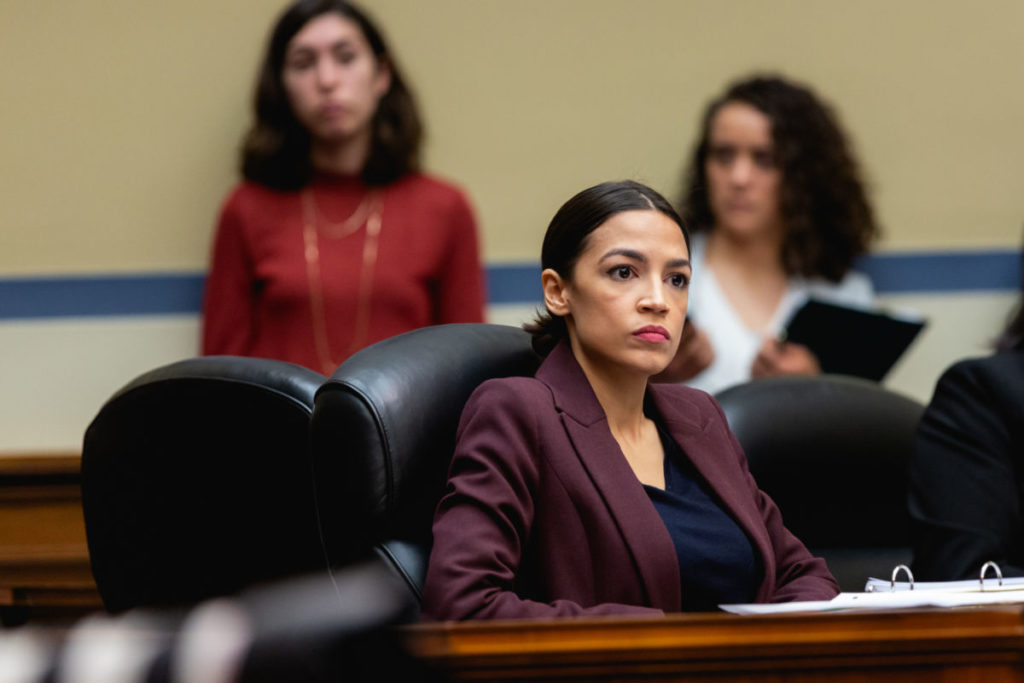 CHERISS MAY / NURPHOTO VIA GETTY IMAGES

“I defer to caucus leadership on how we navigate this.” That was how Alexandria Ocasio-Cortez, U.S. Representative for New York’s 14th congressional district, responded to a question by the National Review about how she views the US-orchestrated coup attempt in Venezuela.

The only substantive comment AOC gave was: “Violence is horrible.”

The Democratic caucus leadership around House Speaker Nancy Pelosi has offered unlimited support for the self-proclaimed “interim president” Juan Guaidó. Pelosi is not, as she claims, interested in the suffering of the Venezuelan people – if she were, she would call for an immediate end to the murderous sanctions. Pelosi is supporting the attempts by Donald Trump, his National Security Advisor John Bolton, and his special representative for Venezuela Elliot Abrams to install a puppet government in Venezuela.

The Democratic and Republican Parties are united in their support of reactionary coups in Latin America. Reagan’s party supported the contras, right-wing death squads, in Nicaragua in the 1980s, whileBarack Obama and Hillary Clinton supported the coup in Honduras in 2009.

On April 30, as a coup attempt was underway, Pelosi tweeted her support for “peaceful protests.” Bolton has explained very openly that this coup was planned in detail in Washington.

Two months ago, AOC was already calling for “democracy” in Venezuela, whileBernie Sanders was demanding that Maduro “allow humanitarian aid into the country.” Both of these Democratic Party politicians, who consider themselves democratic socialists, were providing a left cover for the Trump administration’s narrative in favor of a coup. These coups in Latin America are always in the interests of U.S. billionaires – the very people AOC and Sanders claim to be fighting in the name of the people. This kind of state department socialism, which supports U.S. imperialism abroad while claiming to fight for the interests of working people at home, not only betrays the most basic principles of internationalism – it doesn’t even deliver the crumbs that it promises for U.S. workers.

As Friedrich Engels said: A people which oppresses another cannot emancipate itself.

AOC is a member of the Democratic Socialists of America, an organization that has  given her consistent and enthusiastic support. The DSA has rightly condemned the coup attempt. So is AOC in any way accountable to the DSA?

Many in the DSA cite AOC’s electionas an example of how socialists can use the Democratic Party as a “ballot line” in order to  get into office. But her ongoing support for U.S. imperialism in Venezuela shows that politicians like AOC are just as likely to be used by the Democrats, whose agenda of regime change in service of US capital is not much different than that of the Republicans.

Socialism is by its very nature internationalist and anti-imperialist, and ultimately demands a rejection of all parties of capital. Thus anyone who claims to be a socialist should and must condemn the coup attempt in Venezuela, without giving any support to the capitalist and anti-worker regime of Maduro.