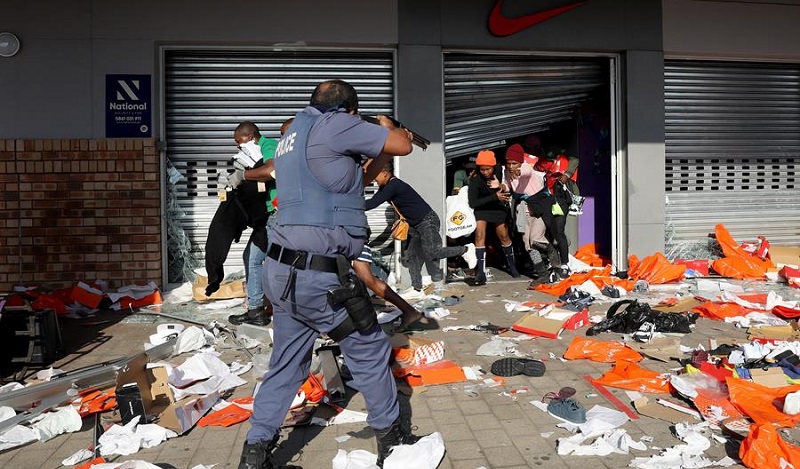 In the last few days, at least 70 people have been killed and 1,200 arrested during protests across South Africa. The protests began last Friday in response to the imprisonment of former President Jacob Zuma for contempt of court and have unleashed a wave of looting in the face of growing poverty and unemployment. The government of President Cyril Ramaphosa mobilized some 2,500 soldiers who joined the police to violently repress the demonstrations.

The protests began in Zuma’s home province of KwaZulu-Natal, where his political support is concentrated, and have spread to the populous Gauteng province, where Pretoria and Johannesburg are located. Sihle Zikalala, premier of KwaZulu-Natal, announced at a press conference this morning that 26 people had been killed so far in the province and that protests and looting continue, especially around the cities of Durban and Pietermaritzburg.

The Gauteng province is seeing similar scenes, and Premier David Makhura has stated that 19 people have been killed so far, 10 of them in a deadly stampede in a shopping mall in the Soweto township southwest of Johannesburg.

The Causes of the Protests

Jacob Zuma was sentenced to 15 months in jail for contempt of court after repeatedly refusing to testify on corruption charges. The former president handed himself in to the authorities late last Wednesday, and the first protests took place as a show of support for Zuma in the form of roadblocks. In the following days, protests spread throughout KwaZulu-Natal and to other areas, especially around Johannesburg.

Zuma was ousted in 2018 in a coup by his own party, the African National Congress (ANC). The party chose Cyril Ramaphosa, ANC president and Zuma’s deputy president, to be his successor in the midst of strong protests under the slogan “Zuma Must Fall.” Protesters took to the streets due to growing poverty and unemployment, as well as the multiple corruption allegations during the 10-year period between 2008 and 2018 that Zuma governed.

However, this palace coup against Zuma did not manage to avoid the fissures within the ANC, which has ruled South Africa since the end of apartheid in 1994. Within the party, there are diverse interests among the multimillionaire businessmen, corruption-linked career politicians, an army with its own political and economic power, and former union leaders who have become businessmen with influence within the party, among others. Within this ecosystem, Zuma maintains a part of the party’s power, which today is demonstrated by people taking to the streets in the strongholds he historically controlled.

For his part, Ramaphosa replaced Zuma in 2018 under a banner of anti-corruption and economic growth, but he has not been able to fulfill either of these promises. The symbolism and spectacle of Zuma’s corruption trial have failed to hide the endemic corruption within the ANC, but above all, they are not enough to cover up an increasingly dire social and economic situation.

The protests are therefore growing not only in support of Zuma but also because of unemployment and poverty — unemployment is at an all-time high of 32.6 percent among the working population and is even higher among young people,  a staggering 46.3 percent. The protests are also taking place during the Covid-19 crisis and an aggressive third wave of cases in the country. South Africa is also the country hardest hit by the pandemic in Africa, with some 2.2 million infections and 64,000 deaths.

The situation, acknowledged by Ramaphosa himself, is one of food insecurity and pandemic-induced crisis, as well as a blow to the precarious economic recovery in general. Regardless of how the protests over Zuma’s arrest unfold, the country will continue to experience demonstrations of discontent with the alarming social, health, and economic situation.

Originally published in Spanish on July 13, 2021 in La Izquierda Diario 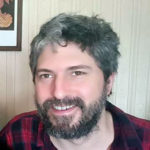 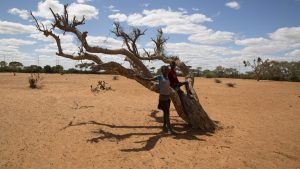