Atlanta Killer Cop Gets His Job Back

The Atlanta cop who killed Rayshard Brooks was reinstated to his job because of a legal discrepancy, despite facing murder charges. It’s further proof that the “justice” system prioritizes cops over Black lives. 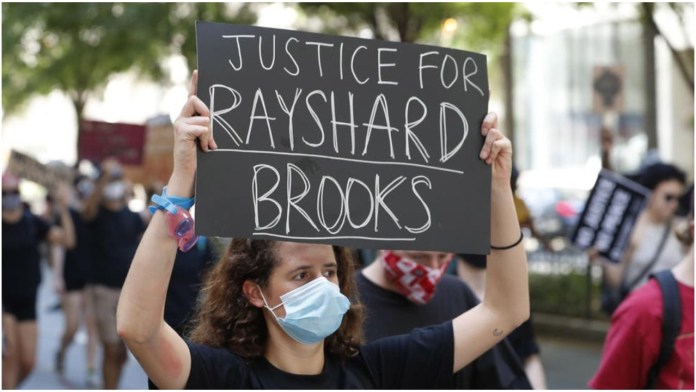 Last summer, Rayshard Brooks was brutally murdered in a Wendy’s parking lot in Atlanta. The 27-year old father of four had fallen asleep in his car. The cops were called to ask him to move, and instead one of them shot him in the back — three times.

The murder happened in the midst of protests over the suffocation and murder of George Floyd. When the news hit, the Atlanta Police Department (APD) lied, claiming Brooks was intoxicated and charged at and fought the two officers on the scene, over a taser. Video evidence showed that Brooks was actually trying to flee the cop harassment, not fight, when Officer Garrett Rolfe shot and killed him.

The reason for Rolfe’s reinstatement? His immediate dismissal “seemed too rushed,” according to testimony by a veteran APD officer in a hearing, and he didn’t receive fair warning to respond. The city apparently can only dismiss an employee when the employee’s presence on the job “impairs the effectiveness of others.” Apparently, gunning down an innocent man in broad daylight isn’t enough to qualify.

So, while Rolfe remains on administrative leave, he is still an employee and receives paid benefits — for being a killer cop.

Rayshard Brooks deserves justice: sleeping while black is not a crime — but reinstating his murderer is. This “justice” system cannot be reformed. The police need to be abolished. It’s the only way to achieve justice and peace.