Bill Gates Wants to Save the Environment He Has Helped Destroy

The third richest man in the world has a new book about “How to Avoid a Climate Disaster.” The book is full of harebrained schemes. It’s nothing but an attempt to distract people from the solution: expropriating people like Gates and ending capitalism. 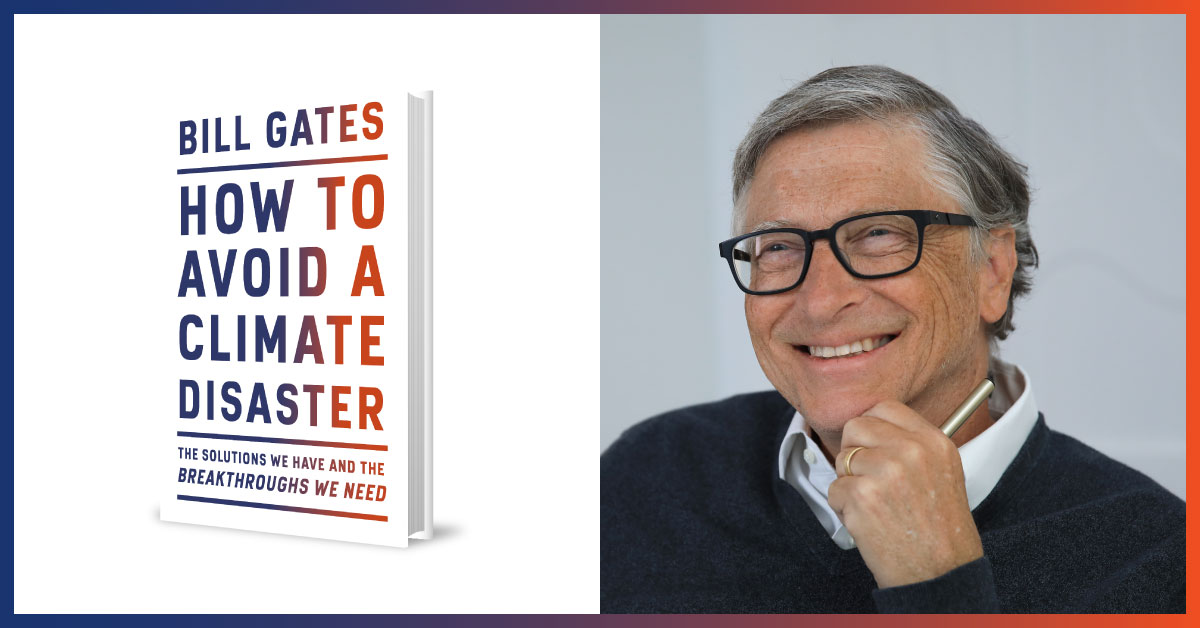 If you’ve heard anyone mention Bill Gates recently, it may be because millions of people believe that he is part of a cabal of Satan-worshipping pedophiles who created the coronavirus hoax. This is not true, of course. But Gates is a high-ranking member of an exclusive group that is responsible for all kinds of evil around the world. This group is not a secret society — it’s a social class called the bourgeoisie, and they are very open about how they control the world and devastate the environment.

Gates stepped down from his position at Microsoft ten years ago, after making billions by turning a buggy operating system into a monopoly. After the company’s antitrust trial in the 90s — a public relations nightmare — he decided to launder his reputation through philanthropy, offering his “informed opinion” and raining billions of dollars on topics as diverse as school reform in the United States, agriculture in Africa, and disease prevention.

The results, when they haven’t been negligible, have been rather disastrous: “philanthropy” has been a code word for privatizing schools or forcing small farmers to buy genetically modified crops at inflated prices from agribusiness. But Gates now has a new project: climate change, and he has been all over the news promoting his new book, How to Avoid a Climate Disaster. In an interview on 60 Minutes, he opens by admitting: “I probably have one of the highest greenhouse gas footprints of anyone on the planet.”

Gates always flies in a private jet — including to climate conferences. And he is no exception. The richest 1 percent and their lavish consumption patterns are responsible for more emissions than half of humanity. Greta Thunberg pointed this out to the capitalists and their politicians when they were gathered for the World Economic Forum in Davos, and her words bear repeating:

If everyone is guilty, then no one is to blame. And someone is to blame. Some people, some companies, some decision-makers in particular, have known exactly what priceless values they have been sacrificing to continue making unimaginable amounts of money. And I think many of you here today belong to that group of people.

The climate catastrophe is underway. Gates says that humanity needs an “an all-out effort, you know, like a world war, but it’s us against greenhouse gases.” He is right about this. What would an “all-out effort mean”? During World War II, all industry in the United States was put under state control, and the production of automobiles was stopped almost overnight. This is the level of mobilization humanity needs now: every automobile factory needs to shift production to create free, reliable public transport for everyone.

But that’s not what Gates is talking about. He doesn’t want to see any political or economic changes at all — certainly none that would interfere with capitalist profits. He doesn’t want to give up his private jet, and he doesn’t even want to pay more taxes. He calls the Green New Deal “a fairytale” — even comparing it to “vaccine denialism.”

Gates has a single solution: “innovation.” So he fills his private jet with “aviation fuel that was made with plants” — these so-called biofuels that are responsible for the destruction of huge swaths of rainforest. Gates also pays a few million dollars per year — less than the change under his couch cushions — for “offsetting.” The interview mentions “changing everything in the economy,” but really we are only talking about some minor and highly speculative changes to materials.

When billionaires talk about climate change, they only offer harebrained schemes. They say that we should build hundreds of millions of enormous electric cars to reduce carbon emissions from transport. Building so many cars requires vast amounts of energy and resources — but it would also generate enormous profits. Meanwhile, these same billionaires are doing everything they can to sabotage climate-friendly technologies that have existed for 100 years: busses, trams, and trains.

Among his many plans, Gates says he is financing a startup that can reduce CO2 emissions from cement by 5 percent. But what if humanity stopped building ridiculous towers that rich people with multiple homes visit once a year, if at all? Those are emissions we could cut by 100 percent, for free. And even better, we could take all of those useless behemoths and turn them into housing for the working class.

Gates’s talk about “innovation” is just to distract from the real solutions to the climate crisis: expropriating the rich and ending capitalism.

When talking about his private plane, Gates correctly points out that one should not overestimate the effect of personal consumption choices. And there is a kernel of truth to this: a vegan diet is honorable, but it has limited effects when the capitalist state subsidizes a huge meat industry. Choosing not to fly is also worthwhile — but does it make a difference when capitalist governments spend billions on bailing out airlines so they can continue offering the same number of flights every day?

How does that old joke go? There is one dietary choice that can have a huge impact on the climate: eating a billionaire like Gates. That would begin to make a dent in humanity’s carbon emissions.

But in all seriousness: Gates is right that we are facing a catastrophe. However, he is more responsible than anyone in the world for causing that catastrophe — not just because of his own flying, but because he is part of a class, the bourgeoisie, that is willing to sacrifice humanity so they can continue to make profits.

Gates has spent his life upholding this system — a system that has only been and will always be disastrous for the climate. His “innovations” are just expensive distractions and attempts to profit off this developing catastrophe. Gates and his billionaire friends are standing in the way of all serious measures needed to protect the climate, which directly conflict with capitalist growth and their need to endlessly accumulate profits.

Gates is right that we need a “breakthrough” — but that breakthrough is a social revolution that removes his class from power.