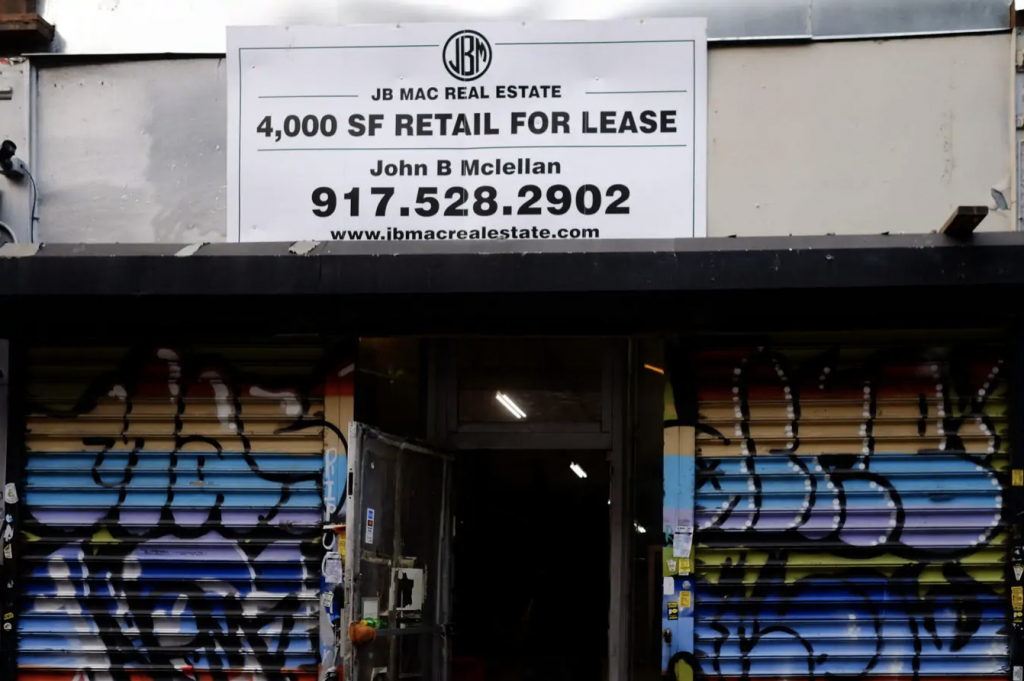 The former exercise gym at 1083-5 Broadway in Brooklyn, New York has sat empty since August 2020, when the landlords harassed and removed a community and organizing network known as “The Gym.” The network has continued daily operations since then on the sidewalk, storing supplies in the upstairs tenants’ hall and distributing hot meals, PPE, hygiene kits, diapers, and clothing, as well as legal, medical, housing, and cash assistance to and with neighbors.

Residents accessed the building’s ground floor on Tuesday, July 20. They were met with a police presence the very next day, showing once again that the NYPD truly works only for the landlords and the wealthy. There was one arrest.

The Gym is demanding that the landlords, Dodworth Development Corp. of 305 North Avenue in New Rochelle, immediately turn over use of the space to those who have cared for the property and each other for the past year. These landlords have been integral to the systematic exploitation and neglect of Brooklyn’s Broadway/Myrtle corridor since the 1970s, when blackouts and fires devastated the area.

The Broadway corridor neighborhood is not a playground for speculators and developers. It is a dynamic place full of people whose existence the city resolutely ignores.

Despite large populations of multi-generational local residents, unhoused people, overcrowded “supportive” housing, and a vibrant social street life, there are absolutely no public facilities. The New York City government reserves those for the wealthy, encouraging developers to capitalize on the city’s neglected areas while displacing those who cannot afford the outrageous price tag of privatized amenities.

Within a 20-plus block walk of The Gym, there are absolutely none of the following: public bathrooms; water fountains; shade; green space or parks; anywhere to seek relief from weather extremes; or places to sit down and socialize, indoors or outdoosr, without spending money. There is no NYC Cooling Center. The corridor did not get any open streets when the city shut down. Developers recently closed the Food Bazaar at Broadway/Myrtle, the only real grocery store with affordable, fresh food. A high-rise will be built in its place.

Dodworth Development Corp. owns real estate through various holding companies across the city. These landlords made a $14 million sale last month as part of the rezoning of Jerome Avenue in the Bronx, another neighborhood they’ve ravaged with displacement and speculation. Dodworth Development Corp bought their buildings in the 1970s, paid them off for change in the 1990s, and are famously both neglectful and bullying.

The city is spending and scrambling to reopen for tourists and the wealthy. Meanwhile, New York has paid $0 in hard-won rent relief to residents, as eviction, and unemployment protections are all expiring. Some 1.4 million New Yorkers are behind on rent, and the Covid-19 Delta variant is endangering even the lives of those who’ve been vaccinated.

Across the street from The Gym, in the luxury ARTEL hostel that was converted to a for-profit Covid shelter, our unhoused friends are being told to throw away their belongings and prepare to move back to unsafe congregate housing, despite an estimated vaccination rate shelter-wide of only 14 percent.

Landlords are hiding 50 percent of available rentals from the market, keeping housing unattainable for most people. And all of this is characterized as “back to normal” — which it is in a city where profit rules over human lives.

During the pandemic, we’ve seen ample evidence that the city can respond quickly and decisively when it chooses to, especially where profits are involved. It can lift zoning restrictions and subsidize outdoor dining structures for the restaurant industry, some of which could be fully functional as housing. It can build a working, navigable website for the wedding industry (while the Emergency Rental Assistance Program application portal remains notoriously confusing, buggy, and painstaking). It can divert traffic and open streets as it chooses.

We must demand that the city apply the same immediacy to the housing and resource crisis faced every day by the vast majority of residents. There is enough empty, safe, and accessible housing for every single person in New York City.

We must demand an end to the speculative market that brings people with means to the city just to pay absurd rates and keep stable housing out of their neighbors’ reach.

We must demand the city government stop being puppets for the developers and real estate lobby that has owned it since the 1970s. We need a government of poor and working-class people that supports local organizations and tenants across the boroughs that are working on their own housing solutions. 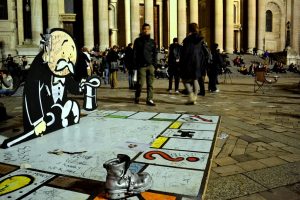