Churches Participated in Racism and Colonialism. Expropriate and Tax Them

The Catholic Church ran re-education schools for indigenous children in Canada that were rife with abuse and death. We must fight to hold the church accountable and demand that their land be expropriated and their profits taxed. 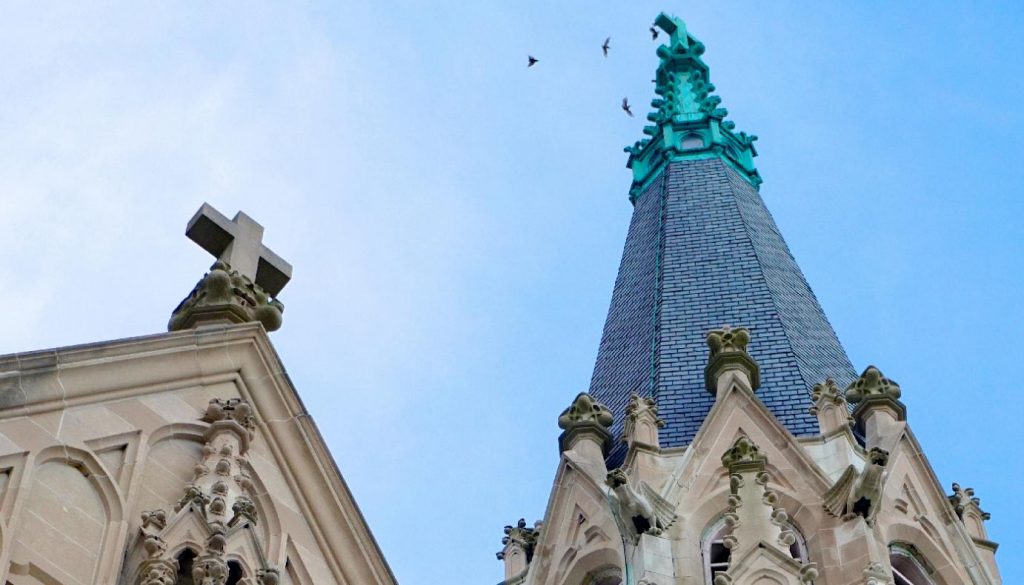 The largest landowner in the world doesn’t pay taxes, and hid countless bodies of children who died under their care. The Catholic Church, which owns 70 million hectares of land around the world including schools, universities, and hospitals, has been the center of an ongoing scandal during the past several weeks after several mass graves were discovered at church-run schools for indigenous children in Canada. These schools, known as residential schools, were part of the process of colonization in Canada where they attempted to “re educate” indigenous children, typically by force. They remained open from 1883 to 1996.

Under the church’s “care,” over 100,000 indigenous children in Canada were forced to suffer abuse — including rampant sexual abuse — and indignities as the church tried to force them to assimilate. The full horror of these residential schools is still being uncovered. In May, a mass grave was discovered at the site of one school with over 200 unidentified bodies of indigenous children. Survivors claim that this is just the tip of the iceberg and that more such graves will be discovered. Since May, bodies have been discovered at two other residential schools.

Since these discoveries, indigenous rights protesters in Canada have demonstrated against the church and, in a few instances, churches built on indegenious land have been burned.

This scandal reveals not just the horrors of colonialism but also the complicity of the church in the racist and murderous system of capitalism. Indeed, the church is one of the biggest beneficiaries of capitalism. The Catholic Church employs over a million people in the U.S. alone where, not only are they exempt from paying taxes, but the U.S. government actually gave the Church $1.4 billion for coronavirus aid in 2020.

Catholic schools — which number almost 6,000 in the United States, with some 1.6 million students — are essentially exempt from many regulations on curriculum and inclusion. And while technically religious institutions aren’t allowed to engage in politics, the Catholic Church frequently lobbies the government, as it did in 2020 to get funding related to coronavirus aid. It also spent $10.6 million to lobby against legislation that would support victims of child sex abuse.

But it isn’t just the Catholic Church that gets away with such things. Under U.S. law, every recognized religious institution can own as much property as they like, teach their students whatever they want, and lobby the government, but they don’t have to pay taxes or conform to any meaningful regulation. This is the “freedom of religion” that the Constitution promises us: the church is free to exploit us. They don’t have to, the Supreme Court ruled, give their employees reproductive health care. They are free to union bust, and are exempt from collective bargaining. Religious schools are free to teach students inaccurate information. Priests are able to sexually abuse children with essentially no consequences as church leaders look the other way, cover up the allegations, and discredit victims. Churches are free to ignore Covid regulations. And, they can cover up years of abuse, neglect, and death at their racist schools.

The church also has disproportionate political power. There are whole political movements — such as the anti-abortion movement — that are politically backed and often bankrolled by religious institutions. The law that says that churches can’t be political has been interpreted extremely narrowly so that churches technically can’t support specific political candidates — though anyone who has ever gone to a conservative church during election season knows that they flout this rule — but they can engage in a wide variety of other political activities, such as lobbying, supporting political causes, and platforming politicians.

When confronted with these facts, some will highlight the good work that churches do. And it is true that some churches do very good work in their communities. But this work, intentionally or not, does little more than legitimize the church as an organization, effectively giving cover for their reactionary agenda. It also plays into a “treat the symptoms not the disease” approach to capitalism where social problems are addressed on an individualized basis through charity. Rather, the large religious institutions have repeatedly revealed that they are more interested in profit and power than in helping anyone.

For example, New York City has about 80,000 unhoused people, 4,000 of whom sleep in public places every night. Meanwhile, Trinity Church, a centuries-old Episcopal church in New York, owns more than 14 acres of Manhattan real estate that it is using to … make a profit. In 2011, Trinity Church collected $158 million in real estate revenue. That’s $158 million that it is pocketing instead of using its copious property to house unhoused people.

Or take Joel Osteen, mega-preacher and proponent of the “prosperity gospel” — one of the clearest examples of capitalists attempting to mold religion to promote their economic system, regardless of their religion’s actual teachings. Osteen famously refused to open his Austin, Texas megachurch (which can hold 16,000 people) to victims of Hurricane Harvey in 2017 before eventually bowing to public criticism. This example shows yet again that churches own all of this property to enrich themselves, rather than to help the needy.

The question of how churches came to possess so much land reveals, once again, that the scandal unfolding about residential schools in Canada is not an anomaly for the church. They gained their wealth and power, in large part, by supporting the genocide of indigenous peoples. By and large, we can trace the roots of much of the impressive real-estate portfolio of churches back to colonialism. For example, Trinity Church can make $158 million a year tax free because Queen Anne gave them the land in the 1700s. The colonial project robbed the indigenous tribes of their land and gave it to the church, which still owns it today. Around the world, most notably in Latin America, churches participated in the oppression of indigenous peoples, stealing their land, giving “moral” cover for genocidal policies, and participating in the genocidal project of colonialism.

The task ahead of us is clear: we must expropriate churches’ land and tax their income. There is absolutely no reason why any institution should be able to make $158 million dollars in revenue from their property and not have to pay taxes. There is no reason why churches should be able to own vast swaths of land. We must demand that the church’s lands be expropriated without compensation, and used for projects that benefit the public good — such as low-income housing, parks, libraries, infrastructure, and more.

We also must demand an immediate independent investigation — independent of both the church and state — to discover the true scope of the horror of residential schools. Those who were responsible for the abuse, mistreatment, and cover-ups must be brought to justice and reparations must be paid, by the Catholic Church and the Canadian state, to all survivors.

One of the largest landowners in the world doesn’t pay any taxes and, in fact, our tax dollars are funding them while they rake in massive profits. This is an insult to the millions of workers who struggle to afford rent and to everyone who is unhoused. It is an insult to the very notion of democracy, of one person, one vote, as churches use their tax-free funds to lobby for what they want. We must expropriate and tax the church.