For the Right to a Trans* Childhood: Arkansas Passes Deadly Anti-Trans* Bill

Arkansas is one of many states that are trying to dangerously restrict that ability of trans* youth to access gender-affirming healthcare. This is just another step in a larger assault on trans* rights as part of the culture wars that Republicans hope will rally their base and bring them back to power. 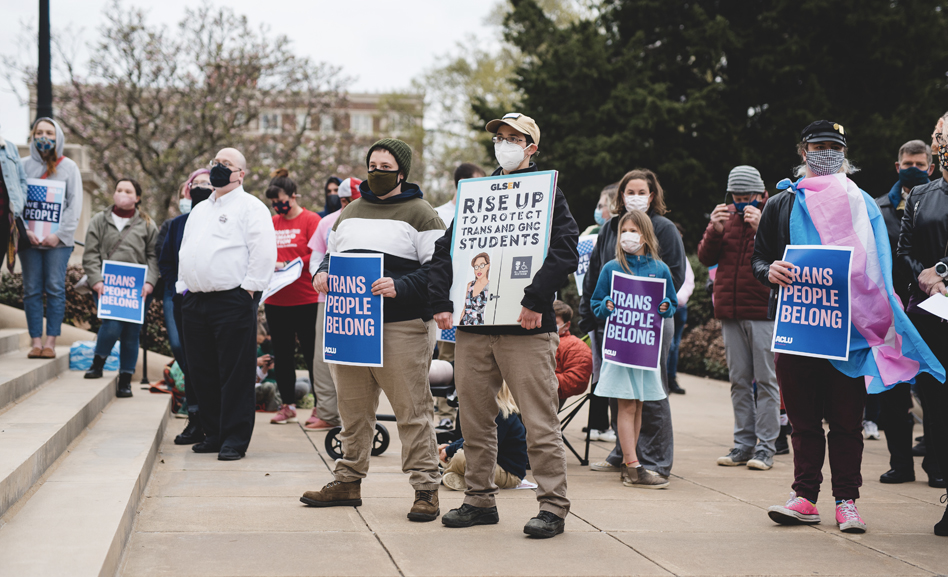 60 percent of trans* and nonbinary youth said, in a July 2020 study, that they had engaged in acts of self-harm within the past month. In that same study, 75 percent of trans* and nonbinary youth reported symptoms of generalized anxiety disorder and more than half said that they have seriously considered suicide. LGBTQ+ youth account for 40 percent of the homeless youth  population. Given all of these real and serious issues facing young queer and trans* people, the state legislature of Arkansas just voted to outlaw providing them with gender-affirming care.

Gender-affirming care includes everything from top/bottom surgery to puberty blockers. Despite what the anti-trans* lobby would have you believe, puberty blockers are reversible and, in the rare case that trans* youth decide to de-transition, offer minimal side-effects.

The Arkansas bill is so extreme that one member of the ACLU called it “the single most extreme anti-trans* law to ever pass through a state legislature.” The bill makes it illegal to provide essentially any gender-affirming care to minors, including puberty blockers which are reversible. In fact, the vast majority of trans* kids already don’t have access to health care because they need parental consent to obtain it. This new law makes it illegal even if they have parental consent.  Arkansas has already made it illegal for trans* children to compete in sporting events. This bill dovetails with other anti-trans* youth bills across the country, including one in Alabama that, if passed, would force teachers to out trans* students or face penalties.

This new bill will clearly result in the death of young trans* people who do not have access to gender affirming care, and those deaths, whether by suicide or anything else, are at the hands of the Arkansas state legislature. Studies show that gender affirming medical care can be a vital life-saving measure for young trans* kids.

The upshot of these new bills is an attempt to force children to non-consensually go through the wrong puberty. In other words, these legislators are knowingly attempting to force children to grow and develop in ways that are physically and mentally harmful to them. This is brutality of the highest degree and should be condemned as the murderous scheme that it is. The legislators who are passing this and the religious right-wing organizations that are funding them are not interested in the well-being of children, no matter how much they say they are. Rather, they are dedicated to the intentional extermination of trans* youth in order to serve their perverted social and political goals.

We must defend the right to a trans* childhood. Every single trans* child has the right to go through their childhood and life as whatever gender they decide they want to present and live as. None of us have the right to overrule the child’s consent and bodily autonomy to decide what we think they should be — no matter what scientifically unsound rhetoric about “biology” anti-trans* radicals trot out. This also includes the right to a trans* childhood even without parental consent. The fact that the vast majority of trans* youth are unable to access gender-affirming healthcare because their parents won’t give their support and consent is despicable and must also be fought.

It is also important to note that these bills aren’t occurring in a vacuum. It isn’t an accident that, just a few months into the Biden administration, Republican state governments are doubling down on attacking trans* rights. This is the right-wing strategy for re-gaining power: to restart the “family values” culture wars of the Bush era. They are hoping to use these dangerous and immoral bills to rally their base in an attempt to rebuild their coalition in an attempt to win back power in the next election by attacking the most vulnerable population: trans* youth. As this wing of the Republican Party has shown us again and again, they are more than willing to weaponize a right-wing identity politics to turn their white, cis, heterosexual base against all oppressed minorities in society.

That being said, however, we can’t fall for the performance of allyship being put forward by the Democrats. For all of their “inclusive statements” and appointment of trans* tokens to different roles in the government, the Democrats are just as willing to trade away the rights of the oppressed for power as the Republicans are. We too soon forget the line stating that Clinton lost the 2016 election because of focusing on trans* issues or Obama stating in a debate that he opposed gay marriage  (before flip-flopping once it was more politically popular) or Kamala Harris personally arguing against giving trans* prisoners gender affirming treatment. Democrats have perpetuated the policies that keep trans* people unhoused, unemployed, and precarious. From attacking sex work to defunding affordable housing, the Democrats are also responsible for the dismal state of affairs for trans* folks in this country and around the world. They aren’t our friends and they certainly aren’t our allies.

To fight these horrific bills across the country, as well as the continued systemic transphobia that keeps millions of trans* folks in back-breaking poverty, we must unite the struggle for trans* liberation with all the other liberatory struggles from a working class perspective. In other words, just as we saw in Brooklyn and other places this summer, we must unite the trans* liberation movement with the Black Lives Matter Movement and we must also, as workers, use our methods to fight for our liberation. This means work stoppages, strikes, and mass demonstrations. Trans* people are disproportionately working class and hyper-exploited and we must recognize that the fight for trans* liberation is also the fight for working class power. None of us are free until all of us are free, and we must ensure that we fight tooth and nail against all attacks on the rights of the most vulnerable.