School children in Texas are required to learn about the “Heroes of the Alamo.” But that is a white supremacist myth that the so-called “Texas Revolution” was fought in defense of slavery. 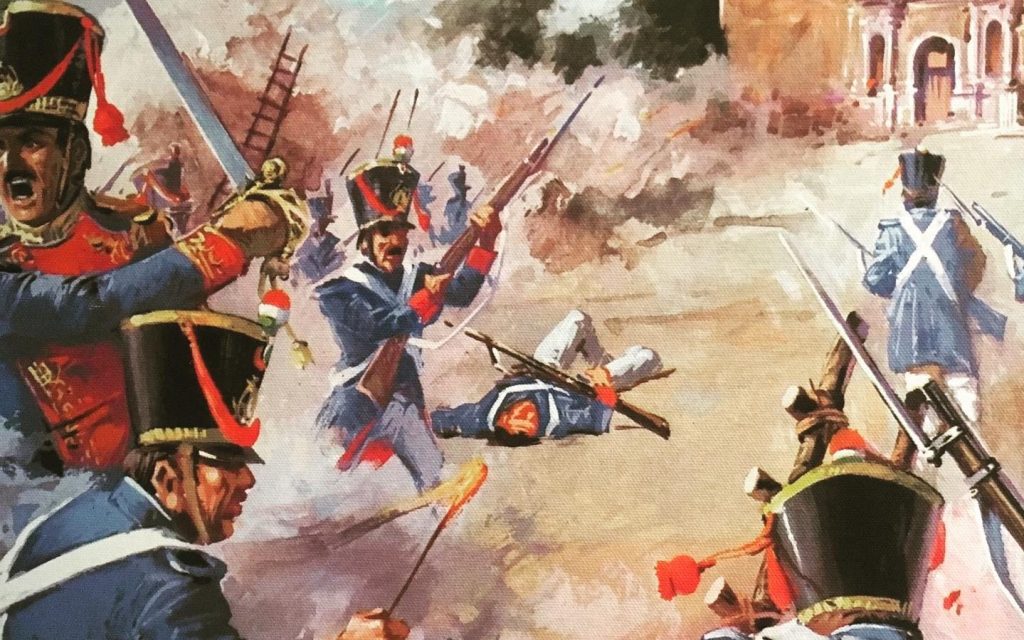 Growing up in Texas, I had to take a full year of Texas History, a sizable chunk of which was dedicated to the “Texas Revolution” of 1835–36. We were taught to “Remember the Alamo!” The names of the white men who died there were drilled into us: William B. Travis, Davy Crockett, Jim Bowie…

But they never explained what exactly the Texians were fighting for. Why were they willing to sacrifice their lives to secure independence from Mexico? The Mexican government, they said, was “oppressive” and they wanted “freedom” — but what does that mean?

Anglo settlers were invited to the Mexican province of Tejas, as the government in Mexico City was looking to populate its northern provinces and conquer the indigenous peoples there. A condition was that settlers would speak Spanish in public. But was this rule so “oppressive” that people were willing to die over it? Especially considering that many who celebrate the Alamo today believe that immigrants to the United States should only speak English?

I only learned what the “Texians” were actually fighting for many years later. Kurt Vonnegut, in his 1990 novel, Hocus Pocus, wrote:

I might have added, but didn’t, that the martyrs at the Alamo had died for the right to own slaves. They didn’t want to be a part of Mexico anymore because it was against the law in that country to own slaves of any kind.

Vonnegut’s passage is true. Mexico’s government had abolished slavery in 1829 and was attempting to enforce the ban in its northern province. The leaders of Mexico’s independence had tried to get rid of slavery as early as 1810. Today, this truth is well hidden. In the permanent exhibition at the Alamo today, there is only a single reference to slavery, tucked away at the bottom of a display in the back.

The “martyrs of the Alamo” were indeed fighting for “freedom” — their “freedom” to own human beings! The aid that the U.S. government provided for these settlers proves the Texan “independence” was part of a long campaign to conquer territory for slave plantations.

These Anglo separatists were, tragically, successful. It would take another 30 years and a further war to abolish slavery in the region. Juneteenth now serves as a reminder that Texas was the last place in the United States where Black people remained enslaved.

Black Lives Matter has led to a massive shift in consciousness in the United States. Millions of people are looking at the country’s history of racism, colonialism, and imperialism with new eyes. Last year, anti-racist slogans were sprayed on the Alamo Cenotaph dedicated to these enslavers. This led to mobilizations by heavily armed white supremacists. The monuments to Travis, Crockett, Bowie, and their ilk are every bit as offensive as monuments to the Confederacy.

The Alamo myth, as we know it today, was created by a Disney series from 1954–55 and a terrible movie by John Wayne from 1960. Today, in a state where Latinos almost outnumber white people, this myth serves to reinforce white supremacy. Children are taught that the Mexicans were not only bloodthirsty, but also lazy — another famous element of the story is that the Mexican army was defeated because they all took a siesta. This myth is combined with racist conspiracy theories about working-class immigrants from Mexico attempting to reconquer the territories — as if they were planning to do what the Anglo settlers had once done.

A time of great upheaval will inevitably produce great art. It can only be hoped that we will see new films and TV series about the Alamo, from the opposite perspective, showing the stories of brave Mexican soldiers fighting for liberty against the evil enslavers. The Mexican soldiers putting down the Anglo separatist revolt deserve just as much honor today as Union soldiers fighting to defeat the slaver class in the South.

This would also be a good opportunity to remember the St. Patrick’s Battalion. This unit was made of Irish immigrants who were sent to fight in the U.S. army’s war of conquest against Mexico in 1846–48. They defected, and alongside escaped slaves and other immigrants, the San Patricios fought on the Mexican side. David Rovics has a moving ballad about them.

Hopefully, kids growing up in Texas won’t have to learn these racist myths anymore. They will learn that “freedom fighter” William B. Travis was in fact an enslaver. After he was — justifiably — executed, the Mexican forces liberated Travis’s slave, a man only known to history as Joe who later escaped from bondage.

Perhaps in the not too distant future, downtown San Antonio will see new monuments dedicated to the Mexican troops fighting for liberation. And who knows? After that, maybe people will want to rename cities dedicated to enslavers like Houston and Austin.