Far-right terrorism is an ongoing phenomenon in Germany, with a new revelation every week about soldiers and cops. The government largely turns a blind eye, proposing as the solution to give the police even more funding. 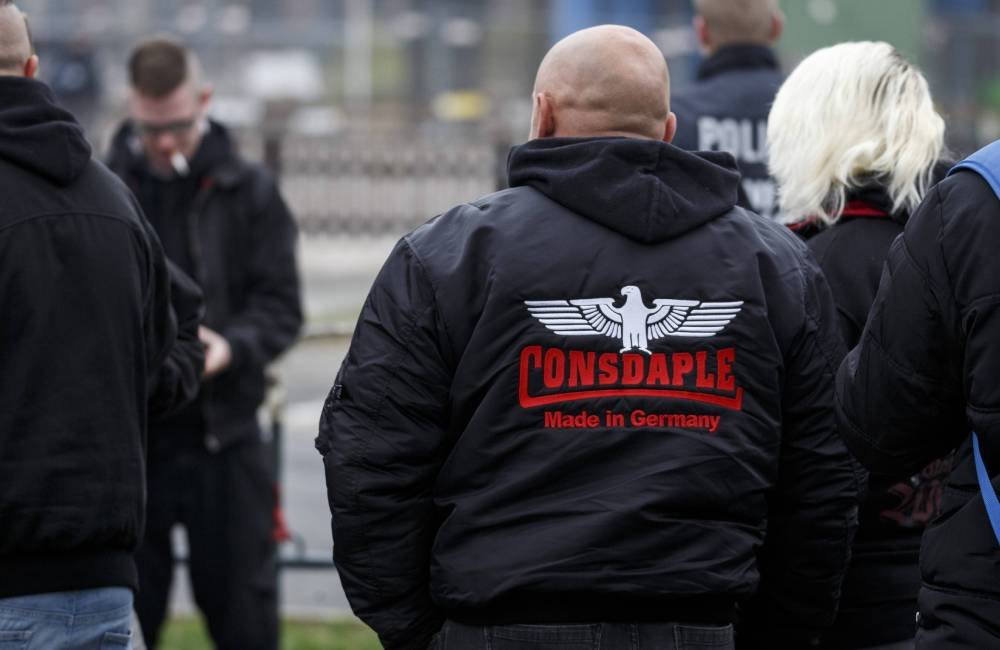 Far-right networks in Germany’s police and military are making international news. I’ve written about Nazis in the Berlin police before. This week, The New York Times released a podcast called “Day X.” Preppers in Germany, many of whom have backgrounds as soldiers or cops, are preparing for  what QAnon called the “Great Awakening.” On Tag X, they are planning to murder liberal politicians and create their right-wing utopia.

Far-right terrorism is an ongoing phenomenon in Germany. Two years ago, Walter Lübcke, a conservative politician in Kassel, was murdered in his home by a Nazi who thought he was too welcoming to refugees. A few months after that, an antisemitic shooter killed two people while trying to storm the synagogue in Halle. In the 2000s, the National Socialist Underground (NSU) murdered nine people with immigrant backgrounds. Right-wing violence has killed hundreds of people.

Last week, the trial of Franco A. began. The 32-year-old Bundeswehr officer was stealing weapons and explosives in preparation for terrorist attacks. He had registered as a Syrian refugee — his plan, apparently, was for his violence to get blamed on refugees and provoke a race war. Franco A. had made no secret of his racist and conspiratorial belief. At a military university, he wrote a paper against “racial mixing.” French officers were alarmed, but his German commanders ignored it.

Commentators will call this an Einzelfall, or individual case. But every week there are new revelations about networks of far-right soldiers and cops in Germany.

The Times’s podcast focusses on the Nordkreuz network, who made lists of politicians they planned to take out, and the body bags to store them in. The shocking news is not that such networks exist. Who could be surprised after the German army had to dissolve entire units of one branch of its special forces, KSK, because too many soldiers were giving Nazi salutes? No, what’s shocking is that so far, not a single person from Nordkreuz has been arrested or charged. Hoarding weapons and talking about mass murder, apparently, is not enough to qualify for terrorism charges in Germany today.

What does count as terrorism? Around the same time the trial of Franco A. was beginning, the Federal Prosecutor brought charges Lena E. The 26-year-old from Leipzig, who has been in pre-trial detention for six months, has been charged with “forming a criminal organisation.” She was transported to Karlsruhe by heavily armed, masked men in a helicopter.

Commentators will call this an isolated case. But every week there are new revelations about networks of far-right soldiers and cops in Germany.

Lina E. has been referred to as a “terrorist” in the press, but there are no deadly weapons. Instead, she is accused of being part of a group that attacked Nazis with batons and pepper spray. Is it OK to punch Nazis? This has been discussed a lot in the United States recently, and many people seem to think it’s a good idea. But even if you object to Nazi-punching — would anyone seriously claim this is terrorism?

While Lina E. is stuck in prison, trials are still ongoing for the over 200 Nazis who rioted through a Leipzig neighbourhood five and a half years ago. Here, there was no talk of a “criminal organisation.” Most of the Nazis have been sentenced to probation — a few just got a €900 fine.

What is most disturbing is the connections between Nazis and the security services. For years, death threats signed by the “NSU 2.0” were sent to liberal politicians, after their private addresses were retrieved from police databanks. One suspect was detained last month, but there is still no explanation for how he got support from the police.

Politicians are promising reforms to stamp out Nazi cops: give police more political education. Get them to report colleagues who send Hitler memes! But decades of reform programs have failed to make the U.S. police less racist. And in Germany, Nazi cops keep popping up more quickly than their superiors can respond.

Why can’t the police be better? It has to do with their fundamental nature. Police are not just citizens whose job is to enforce the laws and maintain order. If they were, you would see all kinds of political views in the police ranks. But when’s the last time you heard about police officers forming secret communist cells and handing over weapons to Antifa? Cops are there to enforce a hierarchical, racist, and sexist social order, protecting the massive inequality of our current system. It’s no wonder that they are attracted to ideologies that justify such hierarchies.

As long as there has been a German state, people have been pointing out that it is “blind in its right eye” — it’s mild toward the far-right and vicious toward the left. Antifascists are accused of being “left-wing terrorists”, while violent Nazis are just boys having some drunken fun.

We can’t put much hope in the security services getting rid of right-wing networks. Quite the opposite: the domestic security service, the ironically-named Verfassungsschutz (protectors of the constitution) was founded by Nazis and gives money to Nazis, with the absurd logic that Nazis will then inform them what they do with that money. The spy agency even funnelled tax money to the NSU.

To stop far-right networks, we don’t need to invest more money in police. Quite the opposite: we need to defund police, dissolve the secret service and get rid of the Bundeswehr. That would eliminate an important source of funding for Nazis. 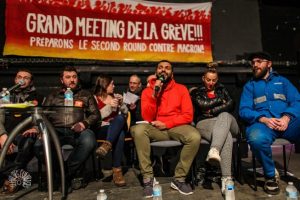 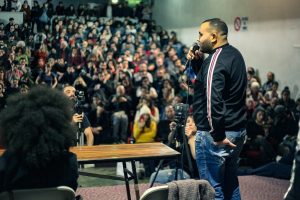 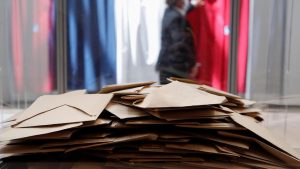