The police and National Guard used tear gas and rubber bullets against protesters demanding justice for Daunte Wright. Over 100 people were arrested. 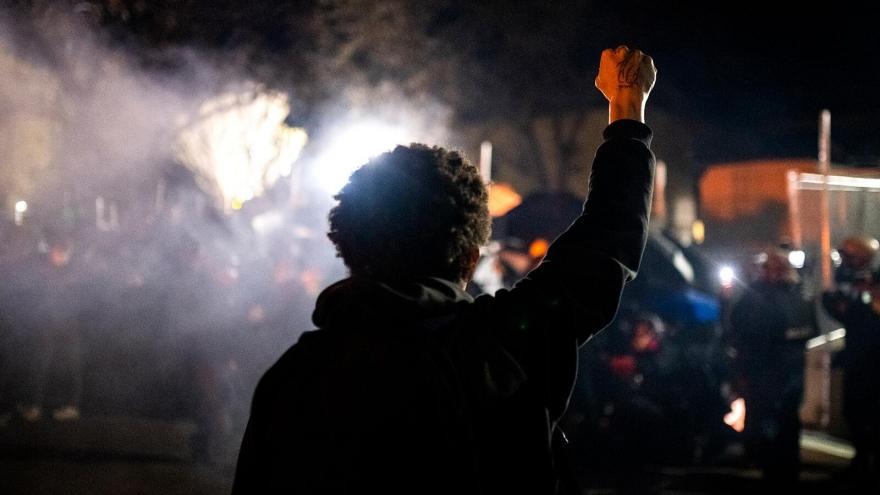 On Sunday, the police brutally murdered 20-year-old Daunte Wright in Brooklyn Center, Minnesota. This is less than a 20 minute drive from Minneapolis, where Derek Chauvin murdered George Floyd. Now the cops are arresting, tear gassing and shooting rubber bullets at peaceful protesters.

Minneapolis and the surrounding area was already highly militarized, as Chauvin has been on trial for the past several weeks. Protests calling for Justice for Daunte Wright have been ongoing since Sunday. A curfew has been imposed, and the National Guard was called in to repress protesters.

Last night was the largest, and most repressive, night of protests so far. There was originally supposed to be no curfew on Friday night, but  in anticipation of the size of the crowd, the city issued a last-minute city curfew from 11 p.m. to 6 in the morning.

Both the National Guard and police tear gassed a peaceful vigil and shot rubber bullets into the crowd. “It felt like war… We were in trenches and they were shooting at us” said Satura Dudley, leader of Cell A65, who was among the protesters in Brooklyn Center. Daunte Wright’s brother was also among the crowd, holding a prayer vigil for his brother.

100 protesters were arrested and held overnight. Lawyers and friends were originally told they would be held for 36 hours, although some have already been released. No charges have been announced. One of those arrested was Frances Wallace, an Amazon worker from Bessemer Alabama.

The murder of Daunte Wright has sparked protests all over the country. The cop who murdered him was a 26-year verteran of the force and a police union representative. She claims that she mistook her gun for her bright yellow taser and that she had supposedly meant to taser Wright. It’s an unlikely story. She is currently being charged with second degree manslaughter.

This is occurring only 20 minutes away from where Derek Chauvin is currently on trial. While some police have spoken out against Chauvin, this latest murder makes it clear: Chauvin wasn’t a bad apple. The role of the police in capitalist society is to terrorize and brutalize people of color and working class people. That’s what they did to Daunte Wright and to 13 year old Adam Toledo. That’s what they do to anyone who says Black Lives Matter.

Dudley explains, “They didn’t give us a curfew warning. We didn’t get a message, it was not curfew… 15 cops tackled us… I was shot by a rubber bullet in the knee and it hurts.”

“I have never experienced anything like this in my life,” she went on, “I’ve protested before. I’ve been arrested 13 times. This was not the same. They just attacked us.”

We demand the immediate release of all protesters and for all charges against them to be dropped. We demand justice for Daunte Wright, Adam Toledo, and all other victims of the racist police.