Justice for Rayshard Brooks, Another Black Man Murdered by the Police

In the midst of the massive Black Lives Matter protests, the cops have killed another Black man in Atlanta. His name was Rayshard Brooks. 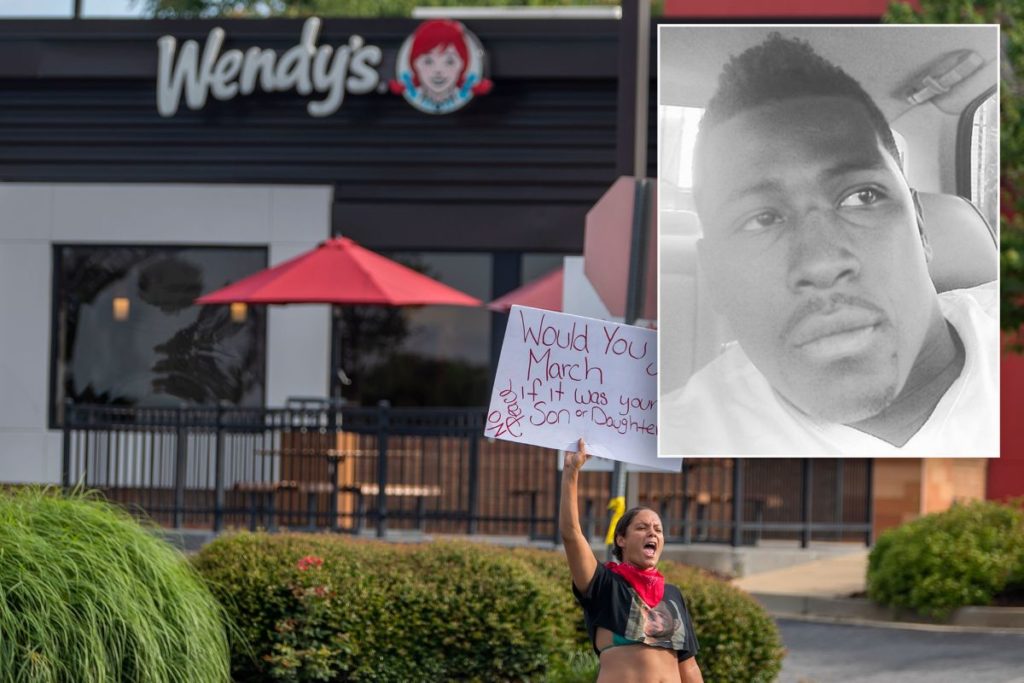 Rayshard Brooks, a 27-year-old Black man, fell asleep in his car in the driveway of a Wendy’s in Atlanta on Friday night. His car was parked. The cops woke him up and, after failing to take him into custody, they shot and killed him as he tried to get away.

However, as video evidence shows, that’s not what happened. He was physically assaulted by the cops and tased. Wendy’s surveillance video shows Rayshard Brooks attempting to flee the police. He was trying to get away from the cops, not charge at them, something even Georgia’s Bureau of Investigation Director Vic Reynolds was forced to admit. In a statement, he says, “it does appear in the video that he is fleeing from the Atlanta police officers.”

He wasn’t struggling over a taser. He was trying to get away.

The cops are lying. They shot him in the back three times. Rayshard’s “crime” here was falling asleep in a Wendy’s parking lot and forcing another customer to drive around him.

The District Attorney, Paul L. Howard Jr., the Rev. James Woodwall, and other authorities expressed solidarity with the victim’s loved ones. However, none of the officers involved in the incident have been fired, much less charged with any crimes. All of this sympathy is meaningless without action: the killer cop should be fired, charged and jailed.

Earlier today, Atlanta’s Police Chief, Erika Shields, announced that she is immediately stepping down after the shooting.  In addition, Mayor Keisha Lance Bottom,  a possible VP pick for Joe Biden, has called only for firing the killer police officer. Most recently, she was known for her fiery speeches against the “looting” in the midst of the uprising, calling for more “peaceful” means for protesters to get their message across.

But massive, even peaceful, mobilizations all over the country and all over the world isn’t enough to stop killer cops. In recent weeks, Atlanta has seen some of the largest mobilizations, with over a hundred thousand people in the streets since the resurgence of the #BlackLivesMatter mobilizations after May 29.

Already, people in Atlanta are mobilizing against the killing. The protests haven’t waned from George Floyd’s murder and Rayshard’s murder is likely to ignite an even stronger movement.

This is yet another piece of evidence to the already blatantly obvious fact that the police cannot be reformed. They must be abolished, along with the capitalist system of private property that the cops are sworn to protect.