Peyton Ham: Another Teenager Murdered by the Police

Peyton Ham, 16, was shot twice by a cop in Maryland on Tuesday. He was shot first while standing and then a second time after he was on the ground. This is just another example of the violence inherent in the system of policing. 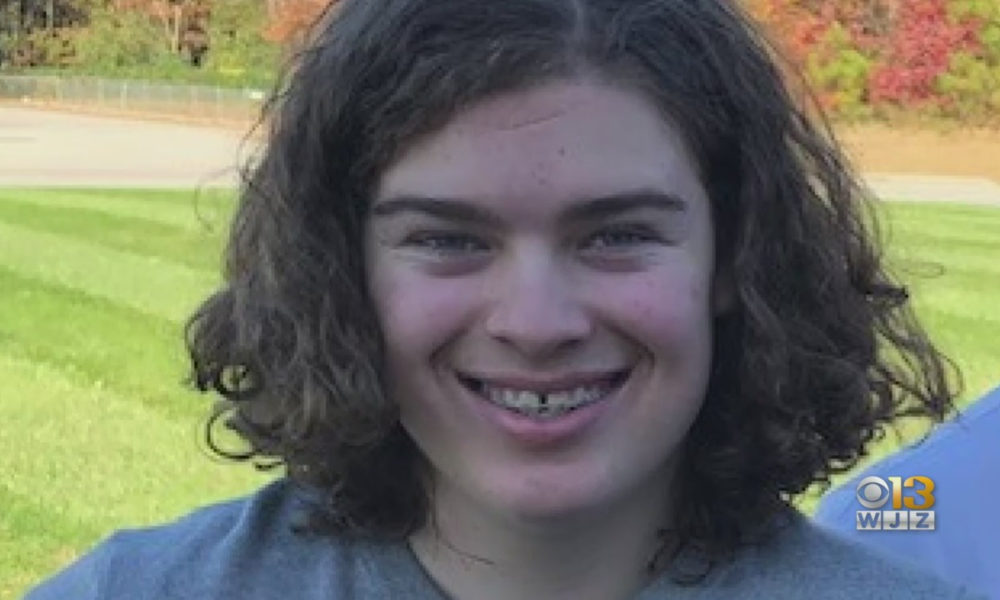 Peyton Ham was killed by the cops in St. Mary’s County, Maryland on Tuesday. He was 16 years old and was shot twice, first while he was standing and then a second time when he was on the ground. While Ham was white, this killing is yet another example of the violent and murderous role of the police in a capitalist society.

At around 1:30pm on Tuesday afternoon, police were called about a person behaving “suspiciously” with a “weapon.” A single officer who was not wearing a bodycam arrived at the scene and, within a few minutes, young Peyton was dead. The “weapon” turned out to be an airsoft gun — essentially a BB gun that St. Mary’s County has no laws against.

Left Voice is hosting a panel on Sunday about labor and the Black Lives Matter movement.  Panelists include Robin DG Kelley and  BLM activists. Sign up here.

According to an unnamed witness, when the cop arrived Ham assumed a “shooting stance” and pointed his AirSoft gun at the officer. The cop then shot him. The police said that Ham then pulled what — according to the images the cops released — is a pocket knife that is perfectly legal for minors to carry concealed in Maryland.  Despite the fact that Ham was laying on the ground, having been shot, and only had a very small pocket knife, he was shot again by the cop. The second shot killed him.

There is, obviously, a lot to suspect in this story. To begin with, why was it necessary for a cop to come confront a teenager at 1:30 in the afternoon for playing with a legal toy gun? If, indeed, he even had one. After all, Maryland police officers have been known to plant toy guns on people they shoot.

Many elements of the official story raise more questions. For example, why would a kid decide, in the middle of the afternoon, get into a gun fight with the cops with an AirSoft gun? And, even if this did happen, why did the cop shoot him a second time? Even if Ham did pull a knife, why did the cop kill him? Surely a wounded teenager with a pocket knife is no match for a heavily armed servant of the state.  Once again, the story just doesn’t add up — especially given that there is no footage of the incident or way to assess the actual facts of what happened. The media, as they often do, are carrying water for the state, reporting the cop narrative without discussing the lack of evidence outside of the cop’s testimony and a single witness — who is not being identified. The police lie all the time and we should always be very suspicious of any narrative that they are putting forward.

However, even if everything happened exactly as the cop outlines, the seeming street execution of a teenager is completely unjustified. Why can’t a kid be on the street without being shot down by the state?

Some cop apologists are floating the argument that Ham may have been having a mental break and/or was attempting “suicide by cop” — a method of taking one’s own life that involves intentionally provoking cops to murder you. Even if this is the case — and we have seen no evidence to suggest that it is — why are cops killing people who are having mental breakdowns? Why are cops so reliable at killing people that an entire method of suicide has emerged around it?

Peyton Ham was murdered by the Maryland Police. The cop shot him once and then executed him with the second shot. Ham should be alive today, but this cop decided that it was time for him to die. This is the power that police have in a capitalist society: they can kill with impunity. When a cop decides that you are a threat, you die.

This, along with the murders of Daunte Wright and so many others show us, once again, that the police cannot be reformed. While the cops do kill white people like Ham, their violence is primarily targeted against people of color, specifically Black men. This is why the Black Lives Matter movement is so necessary for the safety of all working people, and why the Left and the labor movement must unite with them: the cops are an inherently violent, repressive force. We must demand justice for Peyton Ham and an end to this evil and murderous system.