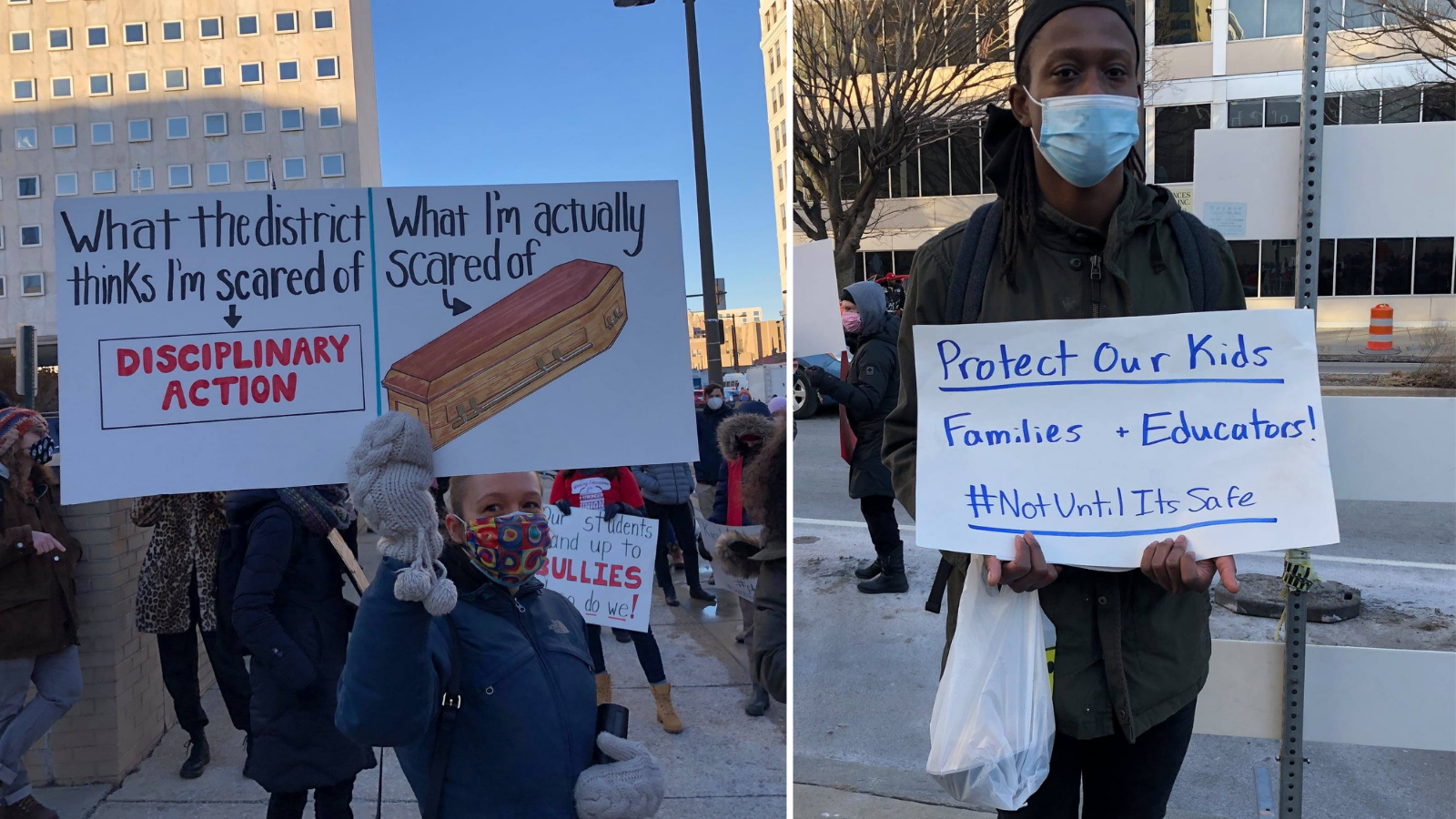 Public school teachers in Philly are fighting a school district bent on a disastrously unsafe reopening.

The School District of Philadelphia (SDP) recently announced its plans to reopen schools for students in pre-K through second grade. But the Philadelphia Federation of Teachers (PFT) is pushing back. So far the union has been successful at delaying the reopening until the district meets criteria contained in a memorandum of agreement.

But once again, Superintendent William Hite, Jr. — head of the SDP — is demanding that Pre-K to second-grade teachers return to their classrooms. The district set Monday, February 8th as the date when those teachers would be forced to report to their classrooms to begin preparing for students. This past Friday afternoon, the SDP warned:

[W]e expect all staff who are connected to the return of PreK-2 students to be in their buildings on Monday, February 8th, unless you have an approved leave, accommodation, or remote work modification. If you are expected to be in your building on Monday and choose not to do so, you will be subject to disciplinary action.

This plan is aimed at driving a mostly unvaccinated teaching force into crumbling buildings that have been starved for resources for decades. More than this, the SDP has failed to ensure the proper building ventilation that would be needed to prevent infection. All this in a city that has already seen 3,000 dead of the virus. The city’s own Department of Public Health is warning against the high risk of infection in the city. Worse still, Hite’s cynical moves come at exactly the same time that new, more infectious strains of the Covid-19 virus are spreading like wildfire across the United States.

In fact, the district’s plans for better ventilation have been laughable. Pressured by the union to do more, the SDP installed cheap window fans. But as a teacher reminded me outside Nebinger Elementary, Hite himself relaxes in executive offices recently refurbished to the tune of $604,000.

The Union Pushes Back

Hours after the threatening email from the SDP, union head Jerry Jordan urged members in an email to defy the district: “Members should not go into buildings on Monday, but should continue to work.”

Over the weekend, elementary school teachers prepared protests for Monday morning. The left-wing caucus of the PFT, the Caucus of Working Educators (WE), stood in solidarity with those actions, writing to members: “We stand in solidarity with PFT President Jerry Jordan that members should not enter these unsafe buildings on Monday.” And WE organized a protest against the reopening at the district’s headquarters for later Monday afternoon.

At the last minute — late Sunday — Democratic mayor Jim Kenney stepped into the fray. He delayed the confrontation, declaring teachers do not have to return to their classrooms until a ruling by a mediator for or against the teachers in the next few days.

When Monday came, teachers protested anyway. Across the city, union members held signs and graded in the bitter cold outside their schools. At Vare-Washington, teachers charged their laptops at a small generator; computers had to be left near a space heater so they wouldn’t freeze. And the Monday afternoon rally spearheaded by WE, hundreds thronged in front of the SDP’s headquarters to continue the protest.

But the biggest fights lie ahead.

Where to from Here?

The PFT president has declared a “massive victory.” But the PFT faces the reality of a much longer fight ahead.

First, Kenney has not sided with the union. He has only punted on the question of reopening for the next day or two. If Kenney is pretending to be neutral at this moment, it’s because he’s afraid of the strength of the union. Despite Jordan’s hopes, Kenney and the Democrats are no neutral party. The Democratic Party has made it clear it stands with Republicans and business leaders who are demanding the reopening of the schools

The reason is clear. As the billionaire-owned Bloomberg pointed out early in the pandemic, public schools are the daycare of the working class. Getting kids back in the classroom is key to get their working-class parents back to work — so the bosses can extract higher profits from them. So it’s no surprise that the fight to reopen the schools starts with the youngest kids who need the most attention from adults — pre-K to second grade.

What’s more, stopping unsafe reopenings will mean organizing the rank-and-file in a coordinated effort, from the bottom up — the kind of organizing spearheaded in the PFT by the WE Caucus.

Direct, rank-and-file action gets the goods, not the Democratic Party. At the end of the day, the things that officials (like Democratic city councilwoman Helen Gym) say and do will be a reflection of the power of rank-and-file teachers themselves. We see proof of this in DC and Chicago.

Late last year, when the DC mayor tried to force teachers back into the classroom, teachers refused to show up. Within hours, the mayor announced the plans to reopen had been postponed. And the Chicago Teachers Union is not only one of the most militant, strike-ready unions in the AFT, but also among the most successful at winning concessions from their bosses and fighting off unsafe reopenings. That’s no coincidence.

Major battles loom ahead. Hite will keep demanding teachers put themselves in harm’s way for his pro-capitalist agenda. And union members will face another assault by the district this summer and fall when the contract expires. But Philly’s teachers can fight off these attacks and win real worker power through a bottom-up struggle.