Protests in Cuba: Between Imperialist Cynicism and the One-Party Regime

The current situation in Cuba, marked by demonstrations as a result of a deep economic and social crisis on the island, has opened important debates on the Left. Ultimately, a workers’ democracy — not a one-party state — is necessary to achieve socialism. 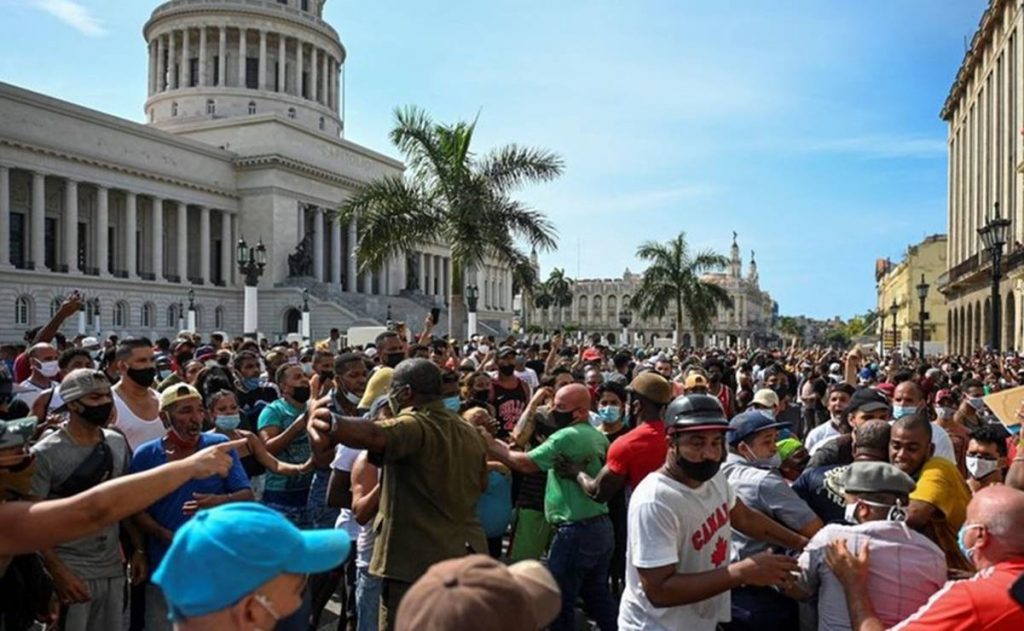 Cuba is in crisis. In addition to the U.S. embargo, which has stifled the island for over 60 years, the Biden administration is maintaining the 200 additional sanctions imposed by his predecessor, Donald Trump. Combined with the Covid-19 pandemic, which has led to a significant drop in tourists, the situation in Cuba is dire.

This criminal blockade has been rejected by nearly all countries except the United States, its close ally Israel, and Colombia, its main partner in Latin America. It has generated the conditions of poverty and misery in Cuba. For the right wing to omit this fact is cynical and abhorrent. These sectors are trying to starve the Cuban people while claiming to be concerned about human rights and freedom on the island. Even more criminal is the fact that the U.S. is maintaining crippling sanctions — including restrictions on ventilators, medicine, and food — during the worst pandemic in more than a century.

For its part, Cuban Communist Party (PCC) bureaucracy has decided to implement economic austerity against the Cuban people in an attempt to alleviate the crisis. As part of the so-called “Ordering Task,” the party has reduced subsidies and withdrawn the Cuban convertible peso (CUC) from circulation as of January, instead implementing a single exchange rate of 24 pesos (CUP) to 1 dollar, which has meant an enormous national currency devaluation of 2,400 percent. This has caused food and vaccine shortages, high food prices, and power outages. As a result, Cuba is facing its worst phase of the pandemic, with reports of collapsed health centers and shortage of medicines.

It is in this context that thousands have taken to the street in the massive demonstrations that have been called throughout the island.

At the same time, the protests have also been encouraged by right-wing sectors that have tried to capitalize on the weakening of the Cuban regime under the slogans “Patria y Vida” (Homeland and Life) and “Libertad” (Freedom). These sectors have accumulated more power as a result of Raúl Castro’s 2010 reforms that allowed them to exploit labor in a state-controlled way, and now seek further pro-market measures.

For its part, the worn-out regime, now without the Castro brothers in power, continues to maintain a repressive state apparatus. The military and police support this bureaucracy, which lives a privileged life relative to the majority of the population. This is very far from what socialism should be, no matter how much the global Right likes to say that communism lives on this small island surrounded by imperialism.

Leon Trotsky strongly denounced the degeneration of the political regime in the Soviet Union, pointing out that this system was not socialism, much less communism, but Stalinism: a despotic regime with a clique in power that expropriated the power of the masses and governed for its own benefit.

The Cuban Revolution of 1959  established a workers’ state, meaning that it expropriated the national and U.S. bourgeoisie, even though this was not the original project of the guerrillas commanded by Fidel Castro. At the beginning, the armed movement aimed only to overthrow the dictatorship of Fulgencio Batista and to establish a regime of democratic capitalism. But the pressure of the masses, combined with the pressure of imperialism, pushed the “counter-coup” process, which eventually took up anti-capitalist measures and, at the same time, brought the leadership closer to the Stalinist orbit of the Soviet Union.

Fundamental rights such as universal education and healthcare were won in this framework; decision-making, however, was centralized in the ruling party emanating from a guerrilla movement, copying the functioning of the USSR to a great extent.

Thus, after the revolution, a government was installed that banned both left-wing political dissidence and parties other than the PCC that defended the revolution. The regime likewise did not allow unions that functioned outside the control of the ruling party, much less workers’ councils and democratic assemblies where different opinions and political tendencies could be expressed. Similar to what happened under Stalin and Mao, the PCC promotes the cult of the leader and does not allow the development of organizations for political discussion of the working class.

In the years immediately after the revolution, the Trotskyist Revolutionary Workers Party (POR) made several demands of the Cuban state. The party called for the independence of the trade unions and the establishment of the broadest democracy in the trade union movement. They also demanded the election of union leaders without the imposition of single lists and without the intervention of any state institution in support of any revolutionary tendency.

Additionally, the POR demanded that soldiers be allowed to elect officers, that workers’ councils be established to control the administration of the new state through delegates, along with a National Congress of the Revolutionary Cuban Workers’ Organization with elected delegates. The POR also demanded the right of all working-class parties and tendencies defending the revolution to exist and have freedom of expression.

The Trotskyists were imprisoned for these demands, which were opposed to the PCC’s politics and its Stalinist logic. Che Guevara himself — although initially hostile to Trotskyism — clashed with the logic of socialism in one country and with the policy of allying with the national bourgeoisies in dependent countries, and he later sought to intervene, in 1964, on behalf of the Trotskyists imprisoned in Cuba.

From the start, the Cuban Revolution raised a debate about whether the workers’ state should be controlled by workers and popular councils and allow the freedom of tendencies and parties that seek to defend and advance the revolution. Just as the Russian soviets functioned before the Stalinist bureaucratization of the Soviet state, Cuba should give power to the masses’ organizations of self-determination, allowing the broadest democracy and political deliberation; in other words, Soviet democracy.

Against Repression, the Embargo, and Capitalist Restoration

Right-wing sectors and “gusanos” (right-wing Cubans who fled to the United States after the revolution) are taking advantage of this week’s protests in Cuba by holding them up as evidence that socialism doesn’t work. We must strongly oppose these sectors and emphasize that nothing good will come from the hand of capitalism and imperialist “democracy.”

At the same time, we must also acknowledge that in Cuba, although the revolution confronted the power of imperialism and expropriated the bourgeoisie, it did not create socialism, starting with the fact that there cannot be socialism in a single country or, in this case, on a single island. In the present context, we must first of all fight government repression, and fight for the freedom of those arrested in demonstrations, and for freedom of expression, demonstration, and union democracy.

On the other hand, we must also defend the gains of the revolution and confront the politics of capitalist restoration that keep the bureaucracy in power. This PCC bureaucracy seeks to become shareholders of the companies that are privatized, as happened in the capitalist restoration in the USSR. To do this, we need to confront the cynical right-wing attacks that seek to return Cuba to being a casino of U.S. imperialism, as it was before the revolution, and denounce the crippling embargo and the interference promoted by the United States and pro-capitalist churches.

Only a new revolutionary intervention of the masses can confront the imperialist and restorationist offensive and wrest power from the bureaucracy. Such an intervention can put an end to the one-party regime and win a government of the people based on organizations of self-determination, councils, and committees. This would constitute what Trotsky at the time called a political revolution, which maintains the means of production in the hands of the state but democratically plans the economy. It aims, moreover, to be a point of support for the extension of revolutionary processes throughout the world.

Originally published in Spanish on July 14, 2021 in La Izquierda Diario 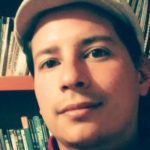 Farid is a student at the FES Acatlán in Mexico City and a member of the Socialist Workers Movement (MTS).