Will CUNY workers finally go on strike? With public school teachers in New York City threatening a strike of their own, PSC leadership implied last week that a possible strike is on the table. With 3,000 part time workers laid off this summer and more cuts expected, and racial capitalism ravaging the CUNY community under the pandemic, a strike is long overdue. 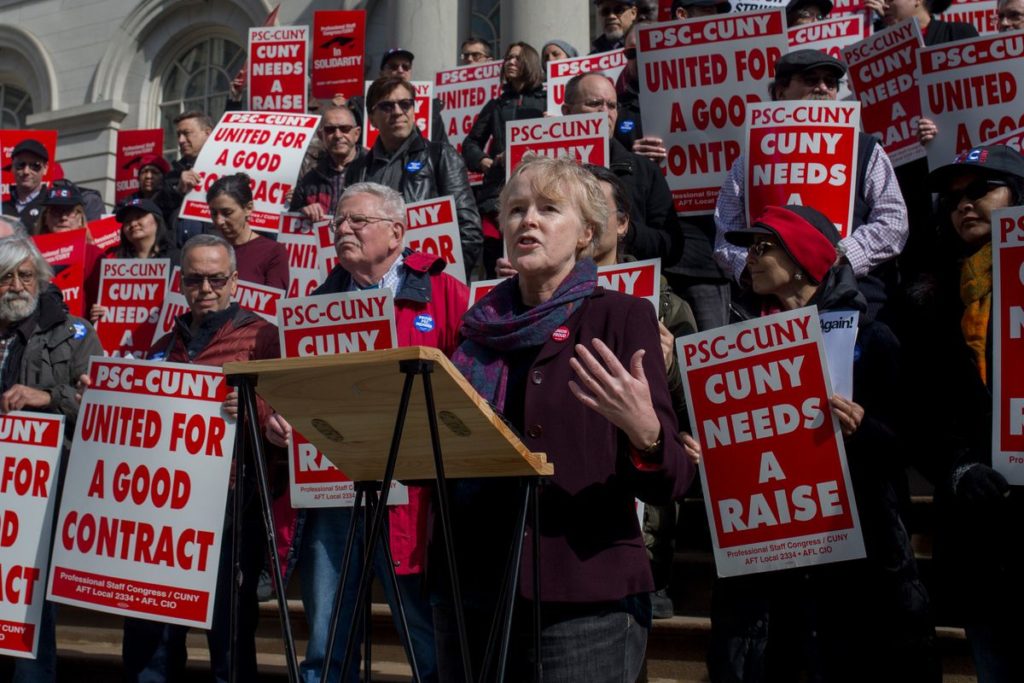 On August 26, as students and faculty at the City University of New York (CUNY) began yet another semester of remote learning, the CUNY faculty and staff union — the Professional Staff Congress (PSC CUNY) — was holding its own first day of online union action around a set of ten demands to protect jobs and save lives. The culmination of the PSC’s self-proclaimed “Summer of Struggle,” the 24-hour digital event featured a combination of live panels and pre-recorded segments meant to kick off a new campaign of union militancy for the fall semester. Around 7:30pm, during “primetime” programming, union president Barbara Bowen finally said the S word, declaring in carefully worded language, that it was time for the union to discuss the possibility of a strike.

Although the PSC has never once gone on strike in its 40 year history, this is the first time since the last strike authorization vote in 2016 that President Bowen has mentioned the possibility of a strike or a strike authorization. While Bowen had, up until now, been hesitant to talk about the possibility of a strike, rank and file members of the union have been arguing for more militant action for years. Most recently, Left Voice covered the “$7K or Strike” campaign leading up to the PSC’s contract vote last fall, and the group Rank and File Action (born out of $7K or Strike after the contract campaign) organized a grade strike campaign in the spring and has now collected more than 1,200 signatures in support of a strike authorization vote. However, the union leadership has been extremely resistant to even consider the idea until now. In fact, despite officially opening the conversation last night, the union still cut from the programming a 40-second segment promoting the petition for a strike authorization vote organized by Rank and File Action.

With NYC teachers also threatening a strike in opposition to Bill de Blasio’s plan for reopening NYC public schools and a wave of strikes by professional athletes sparking conversation across the country, there has never been a better time for the PSC to strike and win.

In order to build and win such a strike, the PSC should immediately declare a date for a strike authorization vote within the next few weeks and spearhead a mass outreach effort to discuss the necessity, risks, and rewards of such a strike with its members. However, a strike without serious demands is meaningless, and with the coronavirus, systemic racism, and widespread economic precarity ravaging both New York City and the U.S. as a whole, those demands cannot be merely economic or limited to CUNY.

Within the workplace, the PSC should demand reappointment and compensation for every CUNY employee who lost work in the summer or fall semesters because of the Coronavirus and the negligent short-sightedness of the administration. They should demand that the university immediately implement caps on class size in accordance with pedagogical best practices for remote learning.They should demand safe working conditions before any employees return to campus, including the staff at Hunter College Campus Schools, who are still slated to teach in person this fall. They should demand that CUNY use the CARES Act money it received from the federal government to pay for lower course caps by hiring more full-time faculty and offering more course sections to part-timers. They should demand the repeal of the latest tuition and fee increases and an immediate transition toward a tuition free university, paid for by increased funding from the city and state.

With regard to the broader community, the PSC must also demand an end to police violence and that the state and the federal governments immediately divert funds used for Homeland Security, FBI, and police to health and human services, including free universal health care, extended and expanded unemployment benefits, an indefinite national moratorium on evictions, etc. Furthermore, the PSC must demand safe working conditions for their K-12 colleagues in the UFT and their students. Many New York City public school students are future CUNY students, and all of them are part of our community. If the UFT teachers choose to go on strike, the PSC must join them in solidarity regardless of whether or not a strike authorization vote has been taken.

In 2016, after a successful strike authorization vote, the New Caucus leadership of the union refused to use the leverage of a strike, and settled instead for tiny concessions that did little to alleviate the problems that plague the university or the suffering of their most exploited employees. PSC members cannot allow themselves to be sold out by the labor bureaucracy this time around. If ever there was a moment for a citywide political strike, this is it, and it is the responsibility of the rank and file to be vigilant in leading such an effort, regardless of what the bureaucracy thinks. 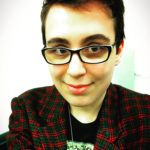 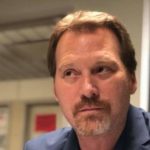