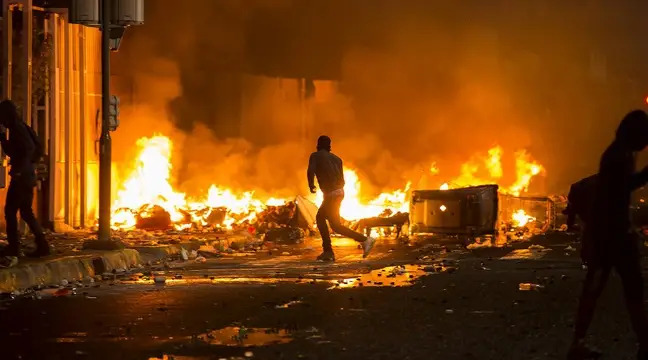 It all began on July 12, when French president Emmanuel Macron announced the return of the state of health emergency in Martinique and Réunion, France’s “territories” in the Caribbean Sea and Indian Ocean, respectively. The 9 pm-to-5 am curfew was restored in Martinique the next day. Several demonstrations took place throughout the week to denounce the repressive management of the health crisis with the return of the curfew and the use of “vaccine passports” to gain access to places and services despite severely limited vaccine availability. Last Thursday night alone, nearly 110 fines were issued for curfew non-compliance.

Macron’s Pronouncements are Unacceptable in Martinique

Demonstrations involving several hundred people were quickly put down by the police with tear gas, stun grenades, and arrests. These included last Saturday night’s clashes in Fort-de-France, the capital. On Sunday, several young people, including a 14-year-old, were arrested and held by police without justification. Over the weekend, this all became an open revolt, with spectacular scenes on the fringes of the demonstrations against the health restrictions. The videos are dramatic: fire in a jewelry store, the lobby of the EDF electric company burned, confrontations with police trying to set up barricades, a destroyed car, and looting of electronics stores.

There has been little information or analysis. But the revolt seems to be a spontaneous response to the French government’s latest authoritarian pronouncements regarding management of the health crisis — which breathes new life into old colonial and post-colonial tensions. These scenes reveal deep and legitimate discontent, especially among Martinique’s youth, who are confronting a health situation that is beyond worrisome in a territory already suffering from French colonial management.

The Backdrop of a Worsening Health Situation

As Révolution Permanente recently reported, Martinique is experiencing a sharp increase in hospitalizations, and the situation has worsened. Austerity policies, reinforced in the territories under French domination, have severely limited hospital capacity. The University Hospital of Martinique recently announced in a press release: “The 4th pandemic wave has arrived and is putting the [hospital] in a bad situation; in just two weeks, the number of cases has already exceeded the peak of the 3rd wave.” On one recent day, the number of new cases was close to 2,000 people — well above the manageable 700-per-day bar established by the regional health agency.

To cope with this surge, scheduled surgeries are being delayed, and patients are being transferred to the mainland. Once again, healthcare workers are forced to choose which patients to take care of: “Our healthcare workers, those referred to as ‘soldiers’ and applauded every evening at 8 pm just a few months ago, are now faced with the dilemma of taking care of one category of patients rather than another.”

It is an alarming situation. According to management, the hospital finds itself forced to deal with “teams that require a period of (well-deserved) vacations” at a moment when reinforcements are insufficient. They are a drop in the bucket when hospital services are essentially “just-in-time.”

This situation is the result of France’s colonial administration of the Martinique territory, which includes underinvestment and the precarity of public services. The delay in vaccinations is part and parcel of this. Only 14 percent of people in Martinique have been vaccinated, compared with more than 50 percent in France. This reveals the imperialist contempt towards the island’s vaccination campaign. Martinique is secondary when it comes to French management of the health crisis, whether it is the delay in delivery of doses or the insufficient number of doses distributed — 38.3 doses per 100 inhabitants compared to 54 in France. No wonder there is such defiance in the face of the government’s repressive vaccination campaign. While the aim is to convince people of the importance of the vaccine, the French state continues to apply repressive management on the people of Martinique, as in the rest of the overseas territories, with the return of the curfew and the repression of demonstrations.

The current revolts are, therefore, directly linked to a worsening health situation. But beyond that, they point to France’s repressive, colonialist management of its overseas possessions, both economically and socially. Behind the opposition to compulsory vaccination and to the curfew is a questioning of French domination, which imposes precarity in the territories.

The CDMT, CGTM, FO, USAM, and UCGTM trade unions have filed an unlimited strike notice for Wednesday, July 21, and have called for a massive mobilization against the government’s pronouncements and, in particular, the mandatory vaccination for healthcare workers when vaccinations are not available to all. The union’s declared their determination “to prepare a response that is equal to the attack” by the government. It is an important step that these labor organizations have stepped up and proposed a plan of action to confront these attacks. But they must do so as a fusion with the revolts that have been expressed over the last two days, drawing inspiration from the radical perspective they express.

One thing is certain: the French government and the capitalist class is responsible for this situation, through its colonial management — something particularly felt during this health crisis. Any alternative must embody class independence from the institutions of colonialism. That is the only way to guarantee a response to the health needs of the people and ensure a successful vaccination campaign.

The French state has shown its incapacity to achieve this objective. That’s why it is necessary to build a democratic commission of health workers to convince people of the importance of the vaccine and to engage in a struggle to lift the criminal patents on vaccines and force investments in the public health system in the form of wage increases, more hiring, and more equipment.

First published in French on July 20 in Révolution Permanente. 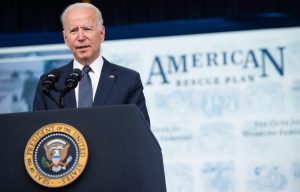