In the midst of a devastating economic crisis and rising crime wave, unions across Haiti have called a general strike against both the spate of kidnappings and the corrupt regime of Jovenel Moïse. 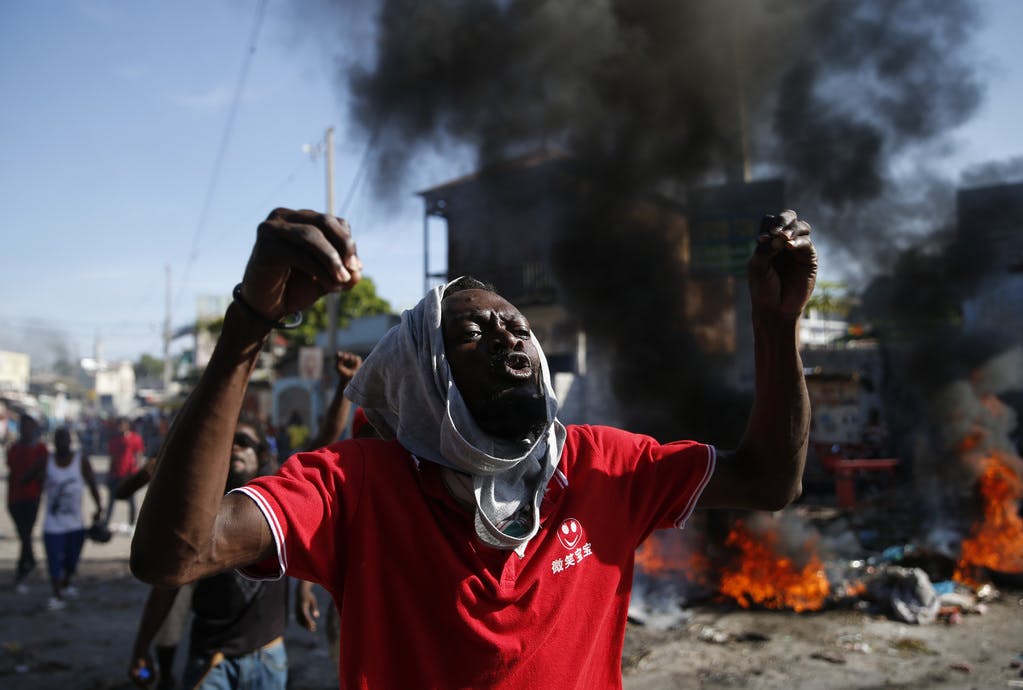 Industries across Haiti are shut down today as workers in multiple sectors participate in a 48-hour general strike. The strike was called by the labor unions following years of struggle in Haiti against brutal austerity and government corruption. Part of the reason behind the general strike is that the current president of Haiti, Jovenel Moïse, is refusing to step down on February 7, when many believe that his term is up under the constitution. Moïse claims that his term isn’t up until February 7, 2022, as he was elected to a five year term in 2017.

Many fear that Moïse is taking the preparatory steps to rule as a dictator of Haiti. He failed to call parliamentary elections within the required period, and since January 2020, he has been ruling by decree without a sitting parliament. Moïse has also handpicked a committee to re-write Haiti’s constitution, sparking fears for many who remember the decades of dictatorship under the Duvalier family, which only ended in 1986. Even more concerningly for the working class of Haiti, Moïse (like the Duvaliers before him) is backed by the United States. This means that, if necessary, the U.S. will use all of their imperialist power to keep Moïse in power as long as he represents their imperial interests. Any cursory reading of history shows that the imperial interests of the United States’ empire mean devastation for the working class of Haiti and other imperialized countries.

Another leading reason behind the strike is the soaring crime rate in Haiti, particularly the uptick in kidnappings. The shocking rate of kidnappings (some estimate that four people are kidnapped per day) previously led to strikes among health care workers in November, 2020. The kidnappings are being done for ransom and have begun to target working class people as well as the rich.

We should not, however, fall into the capitalist logic when discussing this surge of kidnappings. The capitalists, including President Moïse, want to play off crime as a moral failing of an individual. While we certainly should not support kidnappings, we must be clear that these kidnappings — like the vast majority of other crimes — are a symptom of poor material conditions for the working class and the oppressed. Given the growing capitalist crisis, it is no wonder that crime is going up. The economic despair that the United States and its imperialist allies have unleashed on Haiti has only deepened as the current crisis sweeps the globe. Sixty percent of Hatians live in poverty, and 25 percent are in extreme poverty. This poverty is not naturally occurring; rather, it is the result of decades of imperialist domination from the United States and other powers. It is little wonder that so many feel they have no other options than to turn to crime.

Indeed, worker-on-worker crime is one way that capitalism works to keep workers divided. They leave us fighting over scraps while they gorge themselves on feasts. The solution isn’t, as Moïse suggested, for workers to help the police hunt for potential criminals but, rather, to organize together strong, militant, and revolutionary worker organizations that can take on the state and the whole barbaric capitalist system.

It is also vital for socialists in imperialist countries like the United States to strongly fight against both capitalism and its imperial expressions abroad. Historically, imperialist countries use their ill-gotten gains to give concessions to workers at home, which can lead to these workers turning a blind eye to the imperialism of the state. This is a devil’s bargain, trading the conditions of workers abroad for the conditions of workers at home, and it must be resisted strongly and constantly.