Socialists in the United States, Mexico, and Costa Rica Stand in Solidarity With the Honduran Migrant Caravan

On January 14, a caravan of about six thousand migrants from Honduras marching towards the United States was violently repressed by the Guatemalan army. This repressive policy against migrants was ordered by the U.S. imperialist government. 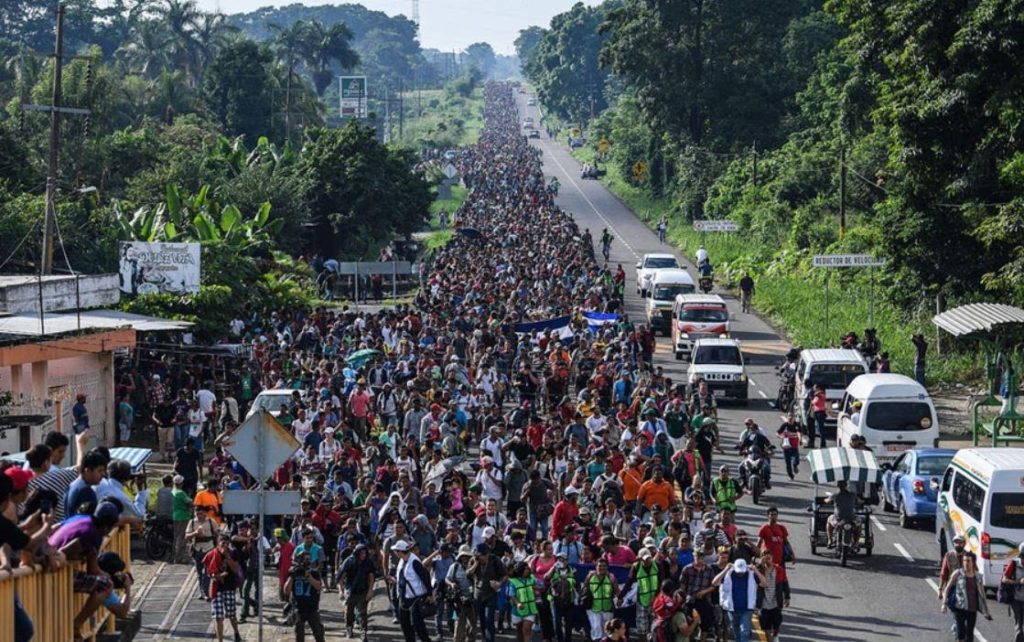 On January 14, a new caravan of about six thousand Honduran migrants left San Pedro Sula, Honduras for the United States. Entire families have fled their homes due to lack of employment, extreme poverty, and an ever-worsening humanitarian crisis following the government’s negligence in handling both the pandemic and the aftermath of Hurricanes Eta and Iota, which left at least 200 dead and more than 3.8 million people facing economic hardship.

This is the third migrant caravan that has been stopped by severe repression since the beginning of the Covid-19 pandemic. This is the result of imperialist pressure by the government of now-former President Donald Trump on the subservient governments of Honduras, Guatemala, El Salvador, and Mexico. The governments of these countries carry out repression and family separations in addition to forcing migrants to remain in detention centers in which they have their most elementary human rights violated.

This new caravan and the repressive response ordered by President Alejandro Giammattei of Guatemala, who deployed both the army and the national guard to stop the caravan, is taking place in the framework of the recent signing of an agreement between the governments of the so-called Northern Triangle (Honduras, Guatemala, and El Salvador) and Mexico; the main purpose of this agreement is the exchange of information to detect, contain, and deport Central American migrants.

As Giammattei’s government enacts its repressive policy with a curfew and the army in the streets, using the health crisis as a pretext, the government of López Obrador in Mexico has not hesitated to deploy the National Guard to repress and facilitate the deportation of thousands of migrants to their countries of origin. Thousands of migrants are dying on Mexican soil, such as Oscar Alberto Martínez Ramírez and his one year old daughter Valeria, who drowned in the Rio Bravo while trying to cross the border in 2019.

Honduras, where the caravan originated, has the highest poverty and homicide rates in the entire region. Its conservative government has been in power for more than a decade with President Juan Orlando Hernandez, a recently-appointed president a “friend” of the White House with ties to the trafficking trade,  at the helm.

Xenophobia, racism,  persecution, and “zero tolerance” against migrants were some of the hallmarks of the Trump administration, who continued the work of the “great deporter” and Democrat, Barack Obama. Up until the very end of his administration, Trump imposed new regulations that make it almost impossible to obtain asylum in the United States.

Both Democrats and Republicans are responsible for the separation of children from their families, the sterilization of thousands of women by forced hysterectomies, and lack of adequate care for Covid-19 and other mass infections in detention centers.

Joe Biden’s immigration reform promises a new “amnesty” for the nearly 11 million undocumented immigrants living in the United States. This amnesty, if it becomes a reality, is the product of decades of struggle by undocumented workers and the Left in the United States. However, Biden’s proposal maintains all repressive and legal measures against any new waves of migration of Central Americans, Africans, Cubans, and Haitians who are fleeing to the United States as a result of imperialist oppression in their home countries.

The U.S. imperialist machine has orchestrated multiple interventions in the Central American isthmus in recent years, like the coup d’état in Honduras in 2009, which was carried out under the Obama administration with the support of then-Secretary of State Hillary Clinton and organizations like the UN and the OAS. In turn, this intervention strengthened the repressive measures of Juan Orlando Hernández’s government, measures which have been used against working and poor people across the country and forced many people to flee their homes.

Solidarity With The Migrant Caravan

Socialists from the United States, Mexico, and Costa Rica hold the Guatemalan government responsible for the illegal detention of the migrant caravan, as well as the health risk this repression posed to the more than six thousand people — many of them families with small children — marching with the caravan in the middle of a deadly pandemic.

The Socialist Workers’ Movement of Mexico (MTS), the Revolutionary Socialist Organization of Costa Rica (OSR), and Left Voice of the United States, who are part of the international network of newspapers organized by the Trotskyist Faction, denounce the murderous, imperialist, and anti-immigrant policies of the Central American, Mexican, and U.S. governments.

In the midst of the current pandemic, it is outrageous that the governments of the region are allocating billions of dollars to finance the militarization of the borders and the repression of migrants. We demand the abolition of ICE, the defunding of repressive forces that harass migrants in Mexico and Central America, and the allocation of these funds immediately to public health programs in Mexico and Central America to combat Covid-19.

In the face of this brutal persecution of immigrants, and the xenophobic and racist policies deployed by U.S. imperialism with the help of the national bourgeoisie of semi-colonial countries, we put forward an anti-imperialist and internationalist campaign, calling on the Left, the unions, and community organizations in the U.S. to support our brothers and sisters from Mexico and Central America.

We believe that a real solution to the current humanitarian crisis facing the migrant community can only come from the working class of the region, along with the support of the anti-racist movement, and movements of indigenous people, women, and the LGBTQ community, all of whom have resisted the attacks of these regimes in our different countries. The struggle of Central American and Mexican migrants is intertwined with the fight against racism and the ultra-right groups that terrorize Black people and all people of color in the United States, as well as with the struggle of families crossing the border in the southern United States.

Together we can build a broad movement to fight for free passage through the region and the right to free and public health care for migrants — an urgent need as a result of the pandemic. We demand access to dignified and free shelters for our migrant brothers and sisters, for full social and political rights for all migrants, as well as a united fight against racism and repression. No human being is illegal. The working class is one and without borders. 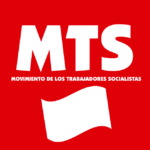