Sometimes Rosa Luxemburg Was Depressed Too

Rosa Luxemburg was known as a ball of energy — “like a candle burning at both ends.” But like every person, she also suffered moments of despair. 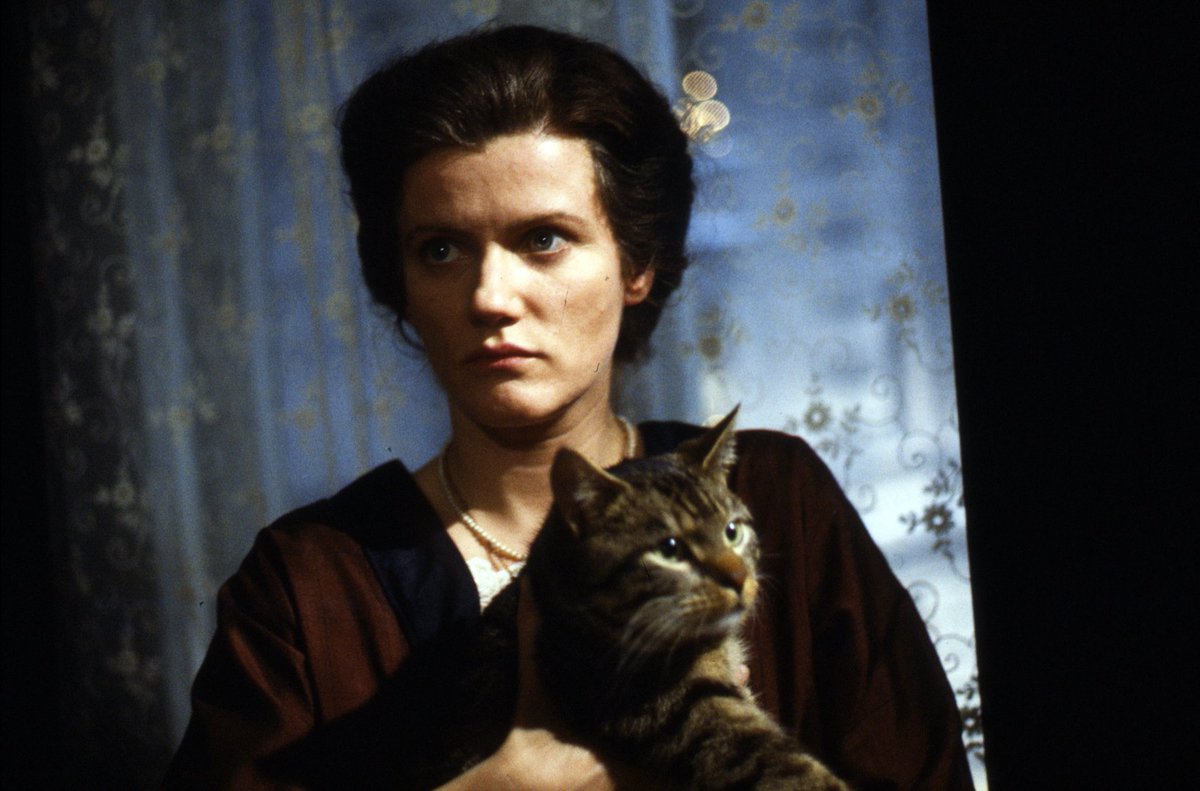 This is not Rosa Luxemburg. It is actress Barbara Sukowa playing Rosa Luxemburg in a 1986 film. There do not appear to be any historical photos of Mimi the cat, so we chose this one.

We just celebrated Rosa Luxemburg’s 150th birthday. She is remembered as one of the most astounding revolutionaries in the history of the proletariat’s struggle for emancipation.

She was a woman in a society that excluded women from political life; she was an immigrant in a deeply racist country; she was a Jew in an antisemitic world. Despite facing so much discrimination, she terrified the Czar, the Kaiser, and all the capitalists.

Her friend Clara Zetkin wrote about her: “The small, frail Rosa was the embodiment of unparalleled energy.”1Clara Zetkin, “Rosa Luxemburg und Karl Liebknecht,” Sozialistische Klassiker 2.0, our translation. Luxemburg’s motto was that a person must be “like a candle burning at both ends.”

In a sense, it is very hard to identify with someone like this. I feel inspired by Luxemburg, but I seldom feel “unparalleled energy.” Quite the opposite: I often feel depressed and despondent. I think a lot of people in 2021 feel this way.

So in a way, it was heartwarming to read that Luxemburg also felt despair and sometimes wanted to quit her work as a revolutionary. The sacrifices and the stress, the endless meetings, and the exhausting fights can wear on anyone — Luxemburg spent many hours occupied with other hobbies like collecting plants.

In spring 1917, while trapped in prison for her opposition to the First World War, Rosa Luxemburg wrote to her dear friend Sophie Liebknecht:

Deep down, I feel much more at home in a small garden like this or in a field among bumblebees and grass than — at a party congress. I can tell you all this: You will not immediately sniff a betrayal of socialism. You know that I will nonetheless hopefully die at my post: in a street battle or in prison. But my innermost self belongs more to my birds than to my comrades.2Rosa Luxemburg in a letter to Sophie Liebknecht, quoted in: Heinz Knobloch, Meine Liebste Mathilde (Berlin: Der Morgen, 1988), 169, our translation.

Having other passions that were dear to her heart did not make her any less of a revolutionary. And this makes her tragic end kind of sweet: she went out exactly how she had hoped to.

The revolution on November 9, 1918 liberated her from prison, and the last two months of her life were spent in a maelstrom of speeches, writing, editing, and hiding from counterrevolutionary violence. One of those nights, returning from the editorial offices of The Red Flag to her apartment in Berlin-Südende, Luxemburg expressed herself to her friend and secretary Mathilde Jacobs:

Can you tell me why I am always living in a state to which I do not have the slightest inclination? I want to paint and live on a patch of earth where I can feed animals and love them. I want to study natural sciences. Above all I want to live peacefully by myself, and not in this endless hustle.3Ibid., 167, our translation.

That is a person I can identify with! So, if we aspire to be like Luxemburg, we don’t need to always feel “unparalleled energy.” We don’t always have to enjoy our political work. We can also acknowledge feelings of hopelessness, and try to fight against them, like she did. It doesn’t hurt to take time to feed birds and collect plants every once in a while too, like Luxemburg did between her political commitments.