Trump left Walter Reed hospital on Monday, and minimized the danger of COVID-19. Meanwhile, he is putting the working-class White House staff and their families’ health at risk. 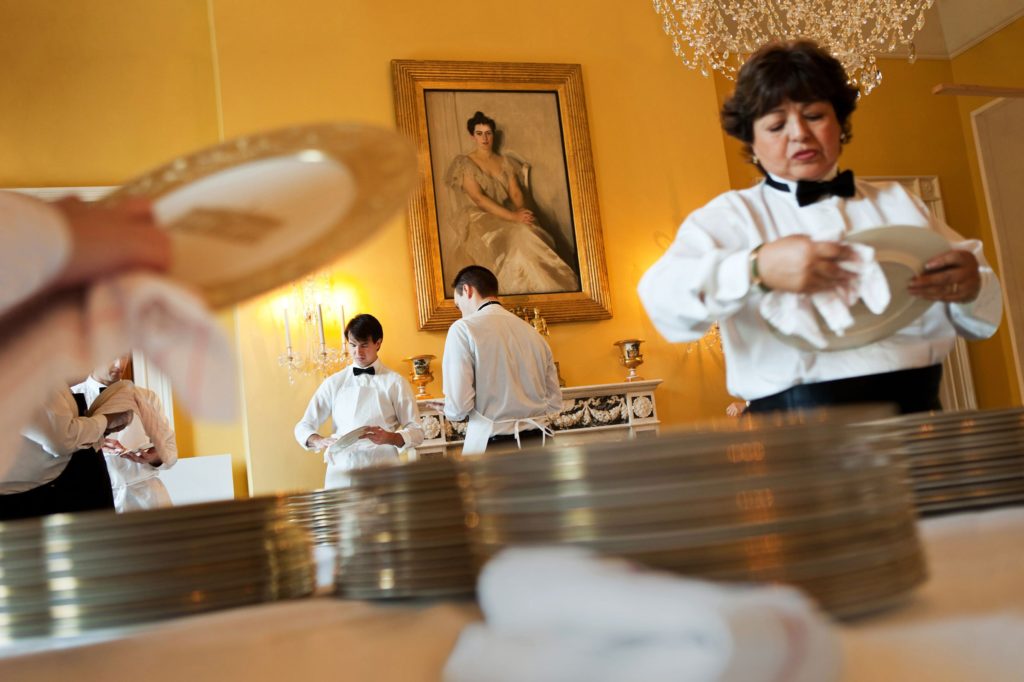 About 90 people make up the White House residence staff. They are mostly Black and Latino, and many of them elderly.

And right now, they are in danger because Donald Trump is home.

As Donald Trump returned from his weekend in Walter Reed hospital with COVID-19, he made clear that he isn’t going to take any precautions. Immediately upon arriving at the White House, he took off his mask for a photo op. “Don’t let it dominate you! Don’t be afraid of it! You’re gonna beat it! … We’re going back to work, we’re gonna be out front and as your leader I had to do it,” he said. He went on to imply that he might be immune and that a vaccine was just around the corner. Neither is true.

In other words, Trump is going to double down on his culture war against mask wearing and against taking seriously a pandemic which has killed over 210,000 people in the US. And he’s going to do it while having a highly infectious disease.

Already Trump’s complete disregard for science and for precautions to stop the spread of COVID have resulted in the virus spreading among various White House Staff members and members of the GOP. Press secretary Kayleigh McEnany, campaign manager Bill Stepien, and Republican senators Mike Lee, Ron Johnson, and Thom Tillis are among those who have tested positive. But there are many other people that Donald and Melania Trump come into contact with every day who won’t have their names printed in the paper.

Among these nameless victims are the chef who prepares the First Family’s food, the housekeeper who changes the sheets, vacuums the building and freshens up the room, and the valet who shines the President’s shoes. It’s the butler that stands at the ready in doorways.. It’s all the people, behind the scenes, who interact with the Trumps more than anyone else. Two housekeepers tested positive a few weeks ago. They were essentially told to stay silent about their COVID status. “When their tests came back positive, they were told to use ‘discretion’ in discussing it,” tweeted The New York Times’ Maggie Haberman.

White House service staff has always been made up of people of color. In early U.S. history, Presidents were served by Black slaves. Now, they are served by underpaid Black and Brown people. Yet most paid more taxes than Donald Trump.

And if they get sick, without a doubt they won’t have the standard of care that Donald Trump or his inner circle are getting. They won’t get a Presidential suite — they’ll be in the hallways of crowded hospitals. They won’t get a team of doctors, but likely one overworked one. They aren’t like Trump and his ilk, bathing in privilege and pretending that the virus is no big deal. These workers have families to go home to, many of whom may not be able to take time off work without getting fired.

The White House is already showing their complete disregard for their staff, whom they failed to inform about Trump’s COVID status until Sunday, days after the information had already gone public. The Washington Post reports that “White House management sent out the first email to staffers telling them not to come to work if they have symptoms, and to ask their supervisors about ‘practicing telework.’” Of course ‘telework’ is impossible for butlers, groundskeepers and housekeepers, and for the working-class people who keep the White House running.

Trump wants to use this opportunity to tell the United States that getting the coronavirus is no big deal; that the economy should be reopened and we should get back to business as usual. He wants regular people to get out there and put their lives on the line for the profits of capitalists. And starting in the White House, working-class people are going to bear the brunt of these reopening policies.