After a brief but intense interregnum, the United States officially has a new government in formation. However, in the context of the pandemic recession, social upheaval, and profound contradictions, there will be no return to normal. 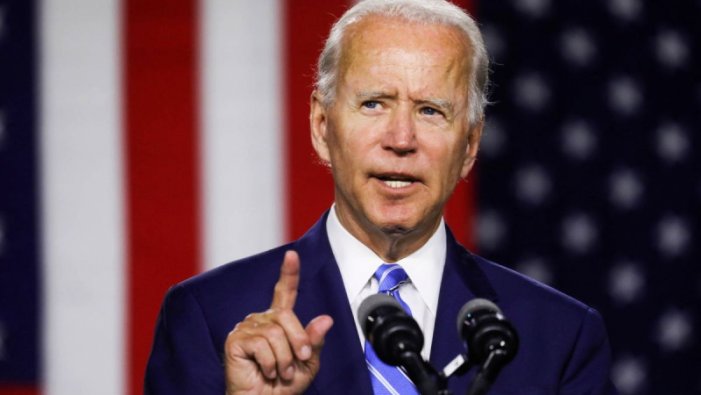 In the United States, the government transition is not just a formality, or the mere replacement of political personnel. It sets in motion a bureaucracy created in 1949 for that purpose — the General Service Administration (GSA) — with a staff of 12,000 employees and a budget of $21 million. Among other things, the GSA facilitates the transfer of “sensitive information” for the security and interests of imperialism.

Trump still maintains that there was widespread fraud, particularly in the swing states, and that Biden stole the election. But he abandoned his attempts to reverse the result when courts in several states rejected his unproven claims.

And the big capitalists, including many campaign contributors, thanked Trump for his services — the deregulation, the tax cuts, and the good times on Wall Street — but gave him the unequivocal message that his time was up. Perhaps the last push was the letter signed by 166 CEOs of the main multinationals, banks, and representatives of finance capital (General Motors, Mastercard, Goldman Sachs, and the list goes on) published on November 23. The missive from corporate America is as brief as it is categorical: Trump, with his stubborn resistance, was putting U.S. security at risk. In the name of the national interest, the CEOs demanded the immediate beginning of the transition to the Biden-Harris government. To add pressure, some Republican bourgeois threatened to withdraw financing for the campaigns of the two senators from Georgia who are facing runoff elections in January, a race which will ultimately determine which party will have the majority in that chamber.

The relationship between the CEOs’ letter and the Trump tweet enabling the transition is virtually cause and effect.

With no decisive allies and no significant sectors of the state-military apparatus willing to bankroll the battle, Trump’s resistance had the trappings of a tragicomedy. The last press conference of the Republican campaign could have been a bizarre short film. A disenchanted Rudy Giuliani, Trump’s lawyer, claimed that Biden had won “with money from communism, from Cuba, Venezuela, China and … George Soros,” while a strange black sweat ran down his face. New York stylists argued in the media whether or not it was the product of a poorly done hair dye. A metaphor for the organic crisis.

For the big bourgeoisie and the American establishment, Trump is history, at least for the moment.

The transition has accelerated since Monday, November 23, when Trump gave the green light. In just two days, there were more than 20 meetings between the outgoing and incoming administration teams. Biden introduced the first members of his future government to each other. As expected, there were no representatives of the “left wing” of the Democratic Party. Neither Sanders (who still aspires to some position in the Department of Labor) nor Elizabeth Warren are on the payroll, and although there are still spots to be filled, it is unlikely that they will be integrated into the Biden administration.

The cabinet is 100 percent imperialist establishment with a veneer of “diversity.” Key positions will be filled by former Obama officials (some coming from the Clinton administration), in keeping with the promise of “restoration” of the pre-Trump status quo and the era before mass mobilizations against police violence and racism. “Nothing will fundamentally change,” he said at a dinner with billionaires during the campaign. However, it is hard to imagine that there will be a “third Obama administration” in the context of the pandemic recession that could bring growing geopolitical tensions, internal social conflict, and a new debt crisis of emerging economies.

You might be interested in: Biden Wins, but the Capitalist Crisis That Created Trumpism Is Here to Stay

The most notable appointments up to now are Antony Blinken as Secretary of State and Janet Yellen as Secretary of the Treasury (she will be the first woman to occupy the post, a sign of the patriarchal backwardness of the main imperialist power). Biden has not yet announced his pick for Secretary of Defense.

Wall Street welcomed the “Sleepy Joe” cabinet picks with a record-breaking rally. Besides the promising news of Covid-19 vaccines, one of the main reasons for the stock market surge was the announcement of Janet Yellen’s nomination. The former president of the Federal Reserve during the last Obama administration, and before that second-in-command of Ben Bernanke, Yellen is indissolubly associated with the recovery from the Great Recession of 2008, the state rescue of banks and corporations, and with the stimulus policies (quantitative easing) that benefited these same sectors, although some are trying to present her as “Keynesian.” With Yellen at the head of the Treasury, the big capitalists expect generous fiscal stimulus packages. These expectations are based not only on the past but on Yellen’s public positions in favor of new relief measures to overcome the crisis caused by the coronavirus.

Biden has concentrated his anti-Trump gestures on foreign policy. Along with his general proclamations — “the United States is ready to lead the world, not retreat from it,” he said in his first speech as a president in transition — the appointment of Antony Blinken excited those nostalgic for the “(neo)liberal order” led “hegemonically” by U.S. imperialism. Blinken is identified with the so-called “internationalists” (interventionists) who are in favor of reestablishing the country’s traditional alliance with the European Union (eroded by Trump’s hostile policy). He is also a staunch supporter of multilateral organizations like NATO and a defender of multilateralism as a strategy for lowering the level of exposure and not dealing alone with the challenges to the U.S. leadership after the defeats in Iraq and Afghanistan.

Biden’s first international actions are likely to be spectacles with high symbolic impact but dubious content, like returning to the Paris climate agreement with John Kerry as climate envoy, or announcing a return to the Iran deal.

The allies of the United States, the European Union, the liberal press, and the bourgeois center-left governments in Latin America who did not align themselves with Trump are celebrating this supposedly “friendly” variant of imperialist policy. The mirage here is twofold.

Firstly, there is no pre-Trump normality to return to. The slogan “America First” may disappear from White House rhetoric, but the “harmonious globalization” in which allies worked to sustain U.S. leadership while benefiting from it is a thing of the past. It is precisely the exhaustion of the globalizing hegemony, highlighted by the 2008 crisis, that explains in part the resurgence of nationalist tendencies expressed in phenomena such as Trumpism or Brexit. The structural contradiction between the imperial decline of the United States and the rise of China is here to stay. For that reason, the need to contain and delay China’s rise is a state policy, although there are tactical differences in how to do it: with trade wars and tariffs, as Trump proposed, or with the construction of alliances like the Trans-Pacific Partnership. Such alliances would allow China to be isolated, as Obama attempted with the so-called “pivot towards Asia” and as Biden will likely take up again.

Secondly, the idealization of U.S. foreign policy under Obama is self-serving, in particular because of the nuclear agreement with Iran and the “thaw” policy towards Cuba. Under the Obama administrations, “diplomacy” and “multilateralism” were the complement to interventionism and war-mongering, which was expressed not only in the continuation of the wars in Iraq and Afghanistan, but also in the interference in Libya and Syria, and in the hostility towards Russia. It was also seen in the change in military strategy that went on to prioritize “covert operations” and the use of unmanned drones to reduce one’s own casualties in highly unpopular wars.

Trump’s policy of smearing Biden by questioning the entire electoral process will have collateral effects on bourgeois governability, though it remains to be seen to what extent. To illustrate the magnitude of the problem, it is important to remember that according to the most recent counts, Trump lost the electoral college and the popular vote but had a historic performance: he received almost 74 million votes — compared to some 60 million in 2016 — against 80 million for Biden. According to a recent poll, 88 percent of Trump voters still believe that Biden’s victory is illegitimate, 89 percent say there was fraud, and 43 percent say the recount can change the election outcome.

For much of Republican America, the Biden administration will simply be an illegitimate government. To a different extent, for the Left and broad sectors of the vanguard — even for the many who voted for him as the “lesser evil” — the Biden government will be nothing more than the political representation of Wall Street in the White House.

The material basis of this overburdened social and political polarization lies in the consequences of decades of neoliberalism, aggravated by the 2008 crisis and deepened by the coronavirus pandemic. According to a recent study on inequality by the Institute for Policy Studies, between mid-March when the pandemic began and mid-November, the United States’ nearly 800 billionaires increased their wealth by almost $960 billion, and 33 new people were added to their ranks. Among those who have benefited most are the owners and investors of Amazon and Walmart.

At the other end, there are more than 20 million workers who have lost their jobs — 25 million if you take into account those who are not looking for work or went to work part time. The bosses expect big stimuluses, while unemployed workers went from receiving a state subsidy of $600 per week in April and May to around $300 in September. Some 13 million will be left without any benefits.

It is likely that many workers will aspire to achieve the promises of wage increases and the right to unionize, which would give new impetus to the class struggle. Oppressed groups as well as the Black community who mobilized in the millions and mostly voted against Trump and racism will likely do the same. It is these contradictions and profound trends that fuel the incipient political radicalization of the youth who see that capitalism, whether with Trump or Biden at the helm, has nothing to offer them.

First published in Spanish on November 26 in La Izquierda Diario. 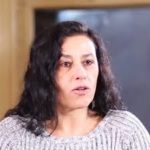 Claudia is an editor of our sister site La Izquierda Diario and a leading member of the Party of Socialist Workers (PTS) in Argentina.