The Most Important Election of Our Lifetime… Again?

“It’s the most important election of our lifetime”– a phrase used every four years to get us to vote the lesser evil. 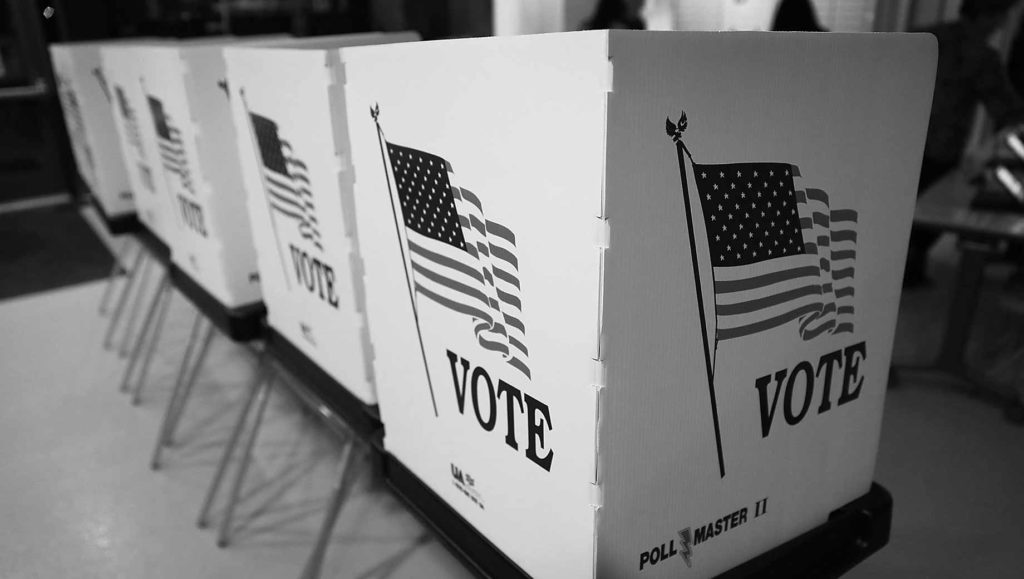 Is today “the most important election of our lifetime”? Given that it’s permanently campaign season in America now, you’ve surely heard this old chestnut trotted out ad nauseum. Jason Feifer has compiled a great historiography in Slate tracing the phrase’s (over-)use in American politics.

It’s an odd thing: even as the phrase sounds trite and hackneyed, it always feels just true enough that it gets recycled every four (or two) years, and it’s worth asking why this happens. Above all else, it’s a product of America’s first-past-the-post electoral system, which unhelpfully bundles myriad issues into whatever package of political charm and smarm is necessary to build an electoral majority. For example, Joe Biden’s only appeal is that he offers a bland, inoffensive ‘return to normal’ (in other words, to be a nicer face of austerity and state violence) that both capitalists and the middle class craves after the four-year roller coaster of a Trump presidency.

The fact that voters are given only “viable” two choices is a convenient way to whittle down any progressive concessions to a bare minimum, so long as they seem marginally more attractive than the alternative. Large majorities of Americans may support socialized medicine, ambitious climate and employment policies, and an end to America’s imperialist wars, but we’re told that withholding support from a candidate who opposes these things is tantamount to handing the election to Trump.

The parties of yesteryear were at least more honest about what they were: an uneasy conglomeration of differing interests, bound together in service of winning a majority, not coalitions of the ideologically like-minded. The Democratic party has moved from its roots as the Antebellum pro-slavery party to the party most Americans view as more racially progressive.

It’s an even more recent phenomenon to automatically assume that a registered Republican espouses both free market ideology and conservative Christian nationalism, which were uneasy bedfellows until quite recently. This sorting of ideological tendencies into the neat categories of Republican or Democrat leads to a flattening of political activity into a simple, life-and-death choice. Or, as the Biden campaign calls it, apparently without irony, “The Battle for the Soul of America”.

There is, objectively, some answer to the question: “which was/will be the most consequential election of our time?”, which could be determined through material analysis. But the idea of “the most important election of our lifetime” (hereafter, TMIEOOLT) is meaningless, because it relies on a false notion that one election can determine future conditions so heavily that all later elections will have lower stakes, and that’s never true.

Most important is conditioned by only one factor: proximity to the present moment. The 2016 election was TMIEOOLT between 2014 and 2016, and even for a while after, as the country absorbed the shock of Trump’s unexpected win. Then, predictably, sometime in 2016, 2018 became TMIEOOLT, even as pundits breathlessly betrayed their own eagerness to start applying the phrase to 2020.

So, without deploying that tired slogan, we should consider what unique conditions attach to the present moment of crisis, and let this inform our engagement with politics. The uprising for Black Lives was fueled by decades’ anger over systemic racism and a few months’ acute pain from capitalism’s inability to respond equitably to a pandemic. The movement’s refusal to be bought off with symbolic or token reforms poses a bigger threat to ruling class hegemony than there is room for in America’s two-party system.

This is why Democrats have sought to appropriate the language and energy of the movement without committing to any meaningful reshaping of the capitalist order. It’s why businesses have scrambled both to show their support for BLM, and also to encourage people to vote. They desperately want the presidency handed off to one old sexual predator or the other, so that business isn’t disrupted. Today is not TMIEOOLT, but we can imagine what TMIEOOLT might look like: an election where a significant portion of the working class rejects this false choice outright.

Recognizing the TMIEOOLT trap is the first step in re-conceptualizing what politics are, or can be in America, and it should start right now, before we’re barraged with the inevitable speculation about the 2022 midterm, or told who we must vote for to stave off disaster in 2024.

Electing Barack Obama in 2008 didn’t lead to any sort of utopia, post-racial or otherwise. Instead, the Obama administration’s doubling-down on neoliberal policy led to multiple crises: an epidemic of opioid abuse and suicide in middle America, a spike in deportations, a boom in fracking, and rising police militarization and violence. Despite being told that Obama vs. Romney was TMIEOOLT, material gains did not come from re-electing a liberal savior, but rather from the robust protest movements that emerged after 2012, such as Black Lives Matter and the #noDAPL movement at Standing Rock.

Similarly, there should be no expectation that electing Joe Biden will, as left-liberals have insisted, open doors to greater progressive victories. Joe Biden is a creature of political opportunism, so the duty of socialists is not to give him our vote in the hope that he will consequently shift in a progressive direction.

Rather, it’s our job to shape the conditions under which Biden, or Trump, can operate. We need to make it costly for a Biden administration to promise police more funding, not offer him our support because he’s marginally less dictatorial than his rival. We need to make it costly for him to continue propping up fracking, opposing the socialization of care work, and supporting foreign coups and wars.

Capital will always fight movement towards socialism.  All we have as socialists is the strength of our ideas and principles. If we try to triangulate with either of the parties of capital, they will overwhelm us with money or with state force. This principle was given fine expression in the consolidation of Democrats around any candidate that could defeat Bernie Sanders, and the consequent acceptance by many leftists that support for Joe Biden is the best they can aspire to. A more tepid option for reform will always be on offer, and, often enough, will be forced upon us.

Whatever the outcome of this election, there is an urgency to the task of building a class-conscious worker’s party. Rejecting the false choice of the ‘lesser evil’ is only the first step. Joe Biden offers nothing of substance to those segments of the working class who find in Donald Trump their only vehicle to express the anxiety and rage of living in America in 2020.

Socialists must develop a principled independence from the parties of capital to build bridges with that population, presenting serious and workable alternatives to Trump’s clownish and reactionary populism. It will be a difficult task, requiring dogged optimism, to unlearn the myths of white working people as incorrugibly racist, sexist, xenophobic and homophobic. We have materialist analysis at hand to help understand how these arise not from some fundamental character flaw, but as a product of the world in which people live, and the options they have for dealing with the world.

We have to put faith in the power of the working class to unite on the basis of its own power, and to re-frame those as reactionary tendencies that capital uses to divide us. Only a strong and independent class-based movement, not beholden to power-brokers or billionaires, stands a chance of organizing workers’ movements, anti-racist movements, and the disaffected and ‘deplorable’, into a force capable of confronting the multiple crises we’re in.

Instead of fretting about whether today is TMIEOOLT, let’s remember that voting is just one form of political engagement, and not necessarily the most important one. What we do to build a working class movement, one that’s not beholden to the logic of increasingly terrible lesser-of-two-evil bargains, is the most important work of our lifetime, and it’s not on a four-year calendar.