The Political Theater of the Impeachment Serves the Democrats

Trump’s second impeachment trial is making headlines, but even its exploration of the events of January 6 at the Capitol have little to do with working class and oppressed people. It’s just part of the Democrats’ strategy of buttressing the regime under the bourgeois “rule of law.” 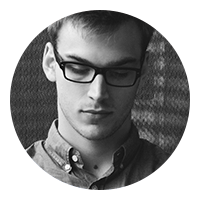 To read the bourgeois press, you would think that Trump’s second impeachment trial is the most pressing issue on everyone’s mind. From the pages of The New York Times to the breathless coverage on MSNBC and CNN, the mainstream media is touting the Democrats’ attempt to retroactively impeach Donald Trump for inciting violence on January 6 as one of the most important events currently going on. The coronavirus pandemic, economic crisis, and increased instability abroad are all taking a backseat to this latest show of political theatre, a performance of the most cynical variety. Both the Republicans and the Democrats are using this trial to strategically position themselves for the post-Trump world. But the second impeachment trial offers nothing to the working class and oppressed who are fighting the Far-Right and Trumpism.

The Democrats’ argument is that the violence that occured on January 6, when Trump supporters stormed the U.S. Capitol and disrupted the certification of the electoral college vote, was an assault on American “democracy” and directly incited by Trump. This, they argue, is cause to retroactively impeach him — an unprecedented move — in order to remove the privileges of being a former president and prevent him from running for office again. If convicted, this would not be an insubstantial blow — the benefits include a hefty salary and travel budget, and round-the-clock Secret Service protection — and Trump has implied that he will run for president in 2024. This has become the heart of the Democrats’ arguments: if we don’t impeach Trump, then he’ll just do it all over again in 2024.

Democrats, continuing the strategy they have pursued since 2016, are painting themselves as the defenders of democracy against the allegedly dictatorial spectre of Trump. In their own way, the Democrats have taken back the slogan of “law and order” from the Republicans and are using it relentlessly against Trump and his allies, much to the delight of their supporters who are scared of the Far-Right but don’t yet see the danger of increasing the state’s power to repress.

But while the Democrats are united against Trump, Republicans have yet to agree on how they will move forward now that he has left office. Some, like senators Josh Hawley and Ted Cruz, are holding firm in their support for Trump, hoping to fill the void that his exit has left on the national stage and win the support of his powerful base. Others, such as Mitt Romney and Bill Cassidy, are breaking with Trump and falling in with the Democrats in hopes of winning back the moderate, suburban voter who overwhelmingly broke for Biden in 2020. They aim to entice these voters back into the party, giving them a newly integrated base with which to take on the Trumpist wing. Still others are standing with Trump but much less loudly than Cruz and his ilk. The hope from these Republicans is that they will be able to placate the Trumpist wing and keep those voters in the party while also distancing themselves from the more controversial and populist elements of Trump’s platform.

Whichever strategy is successful, what this impeachment trial has signaled is the crisis within the Republican Party. On a fundamental level, there is little agreement about how to move the party forward. This disagreement will likely only deepen as the trial goes on, though there is by-and-large agreement against voting to convict Trump, likely depriving the Democrats of the votes they need. As such, there is still party unity to the extent that they don’t want to publicly and legally reject the most recent leader of their party. However, that six Republicans have already broken with this consensus is significant and could be a sign of more defections to come.

Trump, for his part, has been remarkably silent throughout the trial, consistent with the lower profile he has been keeping since being thrown off social media platforms. He did, however, refuse to testify, calling the trial unconstitutional. His silence is likely due to the fact that he recognizes his precarious position. On the one hand, he is no longer the sitting president, which opens him up to criminal prosecution. On the other hand, the more militant sectors of his base are in retreat following the events of January 6 and, as previously discussed, the Republican Party establishment is holding him at arm’s length.

While it is still unlikely that Trump will face serious consequences such as jail time, he is more vulnerable than he has been in since he first walked down that escalator in 2015 to declare his candidacy. There is an increasingly prevalent consensus among the bourgeoisie that Trump is too erratic, and that there must be consequences for January 6 — for an example of this, look only to the lifetime ban that the Twitter executives have placed on Trump. That is why the FBI and other agents of the state are hunting down right-wingers: they want to restore discipline. The impeachment trial is how the Democrats in Congress hope to apply that discipline to Trump. His absence from the public eye is likely a calculated strategy to avoid the consequences that are befalling his horn-headed supporters. However, discipline against Trump will likely only come from Big Tech and the Screen Actors Guild, not the impeachment proceedings.

The biggest loser in all of this is, unsurprisingly, the working class and the oppressed. As the coronavirus rages, millions are unemployed, and Biden scrambles to unsafely reopen schools, the Democrats are focusing their full energy on a performance of “resistance” to Trump. Their goal is to build up a consensus around the Party so that as the Biden administration’s betrayals continue — Biden has already failed to release the kids from the cages in the ICE concentration camps — they can point to their fight against Trump as evidence that they are really on our side. Biden is a crisis president who was elected by running an almost explicitly “lesser evil” campaign. He and the rest of the Democrats need to find a way to pacify the increasingly politicized sectors of their base while also giving the capitalists what they want. By pinning the current crisis on Trump and the Republicans, they are able to buy themselves more space to maneuver in. But we can’t be fooled.

Additionally, we cannot allow the Democrats to successfully re-legitimize the institutions of the state. From the Supreme Court to the FBI to the presidency itself, Trump left the reputation of previously sacred institutions in tatters. The Democrats’ primary project of the current moment is to repair the reputation of these institutions so that they can continue to use them to oppress us. They’ll point to the FBI’s work against the organized Right as evidence that we can’t defund or abolish the police. They’ll point to the Supreme Court ruling against Trump’s attempts to overturn the election as proof that a body of nine unelected judges who serve for life and determine our bodily autonomy is actually protecting our rights. Trump’s presidency led many to start seeing through the mask of these repressive institutions and now the Democrats are doing whatever they can to put the masks back on. While we should not defend Trump or his right-wing hoodlums, we should be clear that whatever we allow the state to do to them, they will do to us ten-fold when the time comes.

It is tempting to dismiss these impeachment proceedings as, to quote Shakespeare, “a tale, told by an idiot, full of sound and fury, signifying nothing.” In many ways, this is correct: it is unlikely that anything meaningful will come out of the impeachment proceedings as the Democrats simply don’t have the votes. However, this dismissiveness ignores the strategic picture that is being painted before our very eyes. In the impeachment trial we can see the next period in miniature, how the Democrats will use our legitimate fears of the Right to re-build the hegemony of the state and strengthen its powers to repress. As comical as they often are, the Democratic Party is not made up of idiots but, rather, shrewd political players. They know exactly what they are doing and it has little to do with actually impeaching Donald Trump. Rather, they need us to know that they tried to impeach Donald Trump, that they are the ones fighting to protect our democracy, that they are what stands between us and fascism — and that the Republicans didn’t do what was necessary to fight back the Right. And if they are the only things standing between us and fascism, how, in good conscience, can we criticize them for little things like keeping kids in cages or sending teachers to die? Don’t you know that there are more important things? Our very democracy is at stake!

We cannot fall into the logic that the best way to fight Trump and the Right is through the institutions of the state. Rather, we must fight them by organizing in our workplaces and in the streets, under an explicitly socialist banner. We must unite our struggles against the capitalist state and all the repression and violence that represents. You don’t defeat the Right through the capitalist state — you defeat them through an organized Left and a militant working class.