Protests against evictions have been met with ruthless violence by the Israeli army, showing how the historic Israeli-Palestinian conflict is a permanent bomb with a lit fuse. Below we share six keys for understanding the escalating war on the Palestinian people. 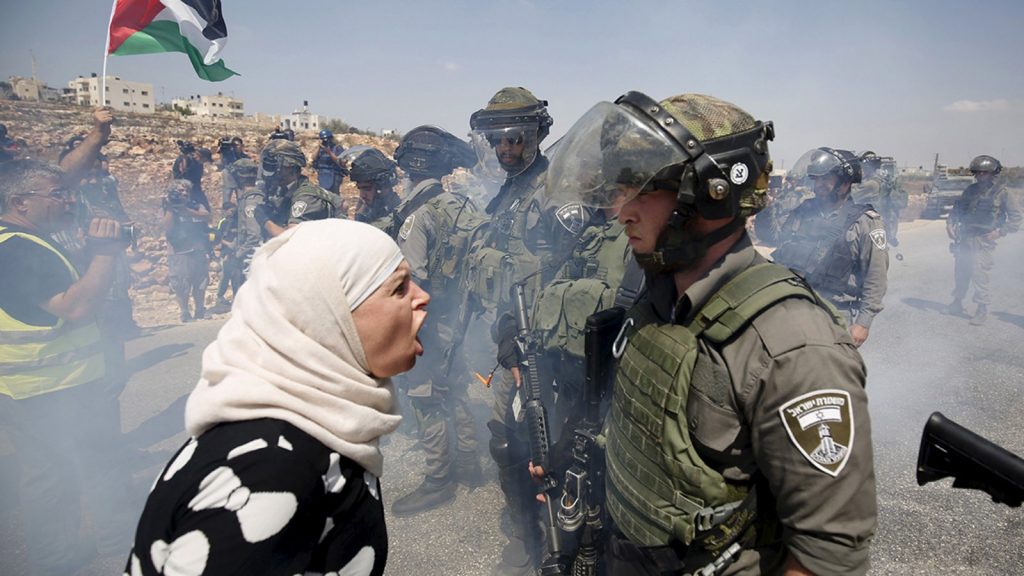 In the last few days, we have seen how one of the most volatile regions of the world has erupted once again. Protests by Palestinians against evictions show that the historic Israeli-Palestinian conflict is a permanent bomb with a lit fuse.

While trying to form a government in Israel, Prime Minister Benjamin Netanyahu, who is struggling to hold on to power with the support of sectors of the Israeli ultra-right, has begun to tighten his grip on a series of sensitive issues against Palestinians. The result is the escalation of tensions in East Jerusalem and the launching of a murderous offensive in the Gaza Strip.

Here are some keys to understand the latest events, which are full of symbolism, repression, and war.

1. The Eviction of Families in Sheikh Jarrah

In recent days, dozens of Palestinian families living in Sheikh Jarrah, a Palestinian neighborhood in East Jerusalem, are facing bloody violence after Israeli courts ordered their eviction last year. The Israeli Supreme Court has been ruling in favor of a company called Nachalat Shimon, which builds housing for Israeli settlers.

You saw how this protest started. This response is inarguably fascist. Indigeneity threatens the settlers so much they have to eliminate it with brute force. pic.twitter.com/YafrnatbyL

This is part of a systematic policy of the state of Israel to extend its borders by displacing Palestinians. The Sheikh Jarrah neighborhood has demonstrated this policy since its inception. It was founded by Palestinians displaced from the city center after the 1967 Six-Day War, when Israel occupied much of Jerusalem. Israeli Jews argue that Jewish families used to live there, yet Palestinians are denied the right to return to their land before 90 percent of their territory was occupied.

Now, the Israeli government is trying to portray the situation in the neighborhood as a private “real estate dispute,” accusing Palestinians of being behind the escalating violence. But the evictions are part of a broader political and territorial struggle to remove thousands of Palestinians from strategic areas in East Jerusalem, where 40 percent of inhabitants are Palestinians. Why? Because Israel does not control the entire city and is trying to make Jerusalem its capital — something the UN has historically denied and which the Palestinians have fiercely resisted. That is why the fighting in Sheikh Jarrah has become the latest symbol of the decades-long struggle for Palestinian self-determination.

Accompanying the Israeli police crackdown, settlers and extreme right-wing supremacist groups have carried out dozens of attacks against Palestinian demonstrations. The escalation of settler violence sparked protests by Palestinians living under Israeli occupation, as well as activists internationally, with solidarity protests organized yesterday in major cities in the United States and other countries. Dozens of Palestinians have been arrested and more than 300 injured during sit-ins and demonstrations organized in support of families facing evictions in Sheikh Jarrah in recent days.

The situation escalated on Monday during the Flag March on Jerusalem Day (commemorating the triumph in the 1967 war), when hundreds of young Israeli nationalists wave flags and make their way through Muslim areas, singing patriotic songs. This march is considered by Palestinians to be a provocation. This year, Israeli police decided to ban Jews from visiting the compounds during Jerusalem Day commemorations.

Ramadan is a holy month in the Muslim calendar and takes place from April to May this year. This is why thousands in Jerusalem flock to the holy sites to pray, such as to the Esplanade of the Mosques, or al-Haram al-Sharif, where the famous Al-Aqsa and the Dome of the Rock are located, an extremely important and highly symbolic place for both Muslims and Jews.

The measures taken by Netanyahu to limit the number of Palestinians allowed to enter these holy sites was seen as a provocation and triggered the protests and outrage. Then, shortly after the beginning of Ramadan, the Israeli Defense Forces (IDF) broke into one of the mosques in the compound at a holy moment to heavily repress the youth, leading to days of increasingly loud demonstrations.

On Sunday, after days of repression in Jerusalem, Hamas, the ruling Islamist party in the Gaza Strip launched a series of rockets into Israel in response to the repression in Jerusalem and other cities. This prompted Israel to respond with a brutal bombardment of Gaza, hitting civilian infrastructure. The toll was 30 Palestinians, including 10 children killed on Tuesday night and 203 others wounded.

In the aftermath of the Gaza attacks, Palestinian demonstrators and Israeli citizens waved Palestinian flags in several Arab cities in Israel, including Lod, where a state of emergency was declared. Protesters set fire to a synagogue and dozens of cars. One Palestinian was shot and killed.

The images from Gaza are devastating, given that the city has poor infrastructure and lacks drinking water and electricity. A huge building collapsed in the city after Israeli attacks, and some Hamas rockets hit Tel Aviv, killing three Israelis. These are the largest attacks since the war in 2014, opening the possibility of further clashes whose outcome could be dramatic as we see every time Israel attacks in Gaza under the guise of confronting Hamas.

There have been four elections in Israel since 2018, deepening the political crisis. Prime Minister Netanyahu is being questioned on grounds of corruption not only by the regime but also by the Israeli youth. For Netanyahu, the current situation with Gaza is an opportunity to reorder his own party, Likud, and still stay in power indefinitely, avoiding prosecution. His opponent, Yair Lapid, was appointed to form a government in the next 21 days. One of the possible parties for the government coalition was the United Arab List, but in view of the bombings, they have called for a halt to the negotiations. The situation also allows Netanyahu to gain more and more support from the Israeli ultra-right sectors, which he can capitalize on in the next rounds of negotiations.

Imperialism has played a central role in the Israel-Palestine conflict since the inception of Israel, and the United States has all along been one of Israel’s strategic allies. Since 1962, Israel has received over $100 billion from the United States — more than any other country in the world. This aid to the state of Israel has always had bipartisan support. Israel currently receives $3.8 billion in military funding annually as part of a ten-year deal brokered by the Obama administration. Joe Biden — one of the architects of that deal — has long been a supporter of the Zionist state and, as president, continues the same policies as his predecessors. From supporting Israel’s military efforts against Palestine and Lebanon, to maintaining Trump’s decision of moving the U.S. embassy in Jerusalem, to continuing military funding that is being used to violently bomb and repress Palestinians, Biden has shown that his loyalties lie in maintaining U.S. influence in the region through the state of Israel.

At the same time, Palestinian youth in recent years have been questioning the mandates of the Palestinian Authority (the government with relative autonomy in the West Bank territories). They often mobilize in a spontaneous and disorganized manner, but show enormous strength in the streets. These same youth suffer the consequences of Israel’s occupation and oppression, which keeps the Palestinian population under a state of apartheid, according to Human Rights Watch, resulting in widespread unemployment, poverty, lack of access to Covid-19 vaccines, precarious jobs, and fierce repression.

Neither Hamas, which competes with the Palestine Liberation Organization (PLO) for the leadership of the Palestinian cause with a reactionary Islamist program, nor the PLO, which implements many of Israel’s policies in Palestinian territory, are an alternative leadership. The Palestinian youth who struggle and dream of self-determination show their determination to fight for better living conditions, and this means fighting the Israeli occupation. At the same time, this movement is against the imperialism of the United States, the United Kingdom, and France, which put on a humanitarian face by providing aid to the Palestinians while financing and protecting the state of Israel. But a political struggle is also necessary against the Palestinian Authority, which is trying to maintain itself as the only Palestinian leadership, hence the outbreak of demonstrations against it when it tried to suspend the elections recently.

It is imperative that all workers and youth of the world — and especially in the U.S., which provides a critical strategic alliance and material resources to Israel’s repressive apparatus — show solidarity with the Palestinian people, who are mobilizing in the main Arab cities of Israel.

First published in Spanish on May 12 in La Izquierda Diario

Sou Mi is an activist from New York City.