Left Voice is a revolutionary socialist news site and magazine dedicated to fostering a sustained and strategic struggle against every form of capitalist exploitation and oppression. As part of an international network of news sites published in eight different languages, Left Voice is able to provide a truly internationalist perspective on revolutionary politics, and to examine the movements of the U.S. working class within the larger framework of global revolution. 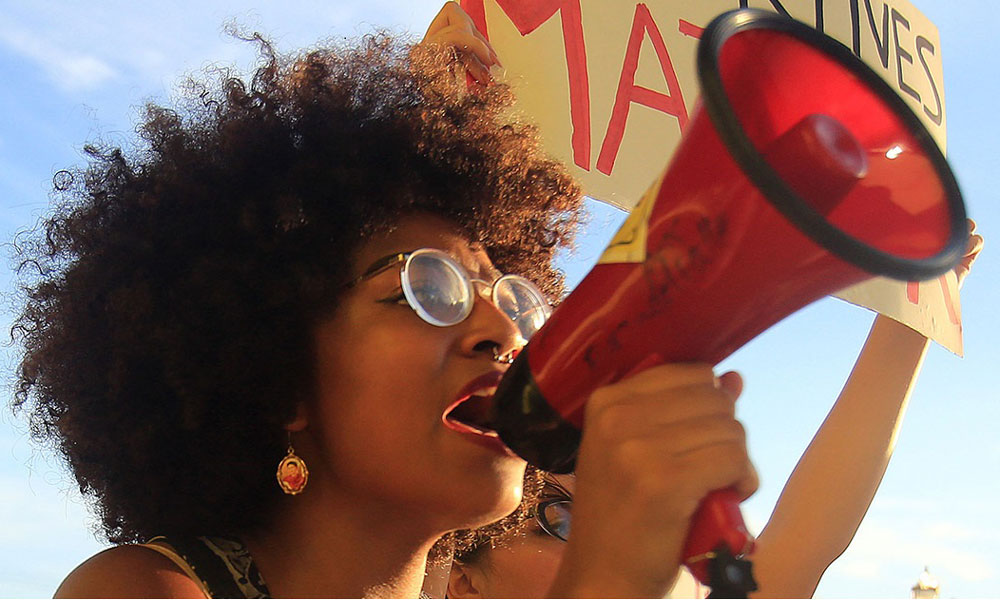 Left Voice is a publication by and for those who are fighting for revolutionary socialism. We are workers and students who take part in the struggle in the streets and in our workplaces. We are multi-ethnic, multi-gender, and non-binary. We cover the topics relevant to the working class and oppressed people — including national and international issues — and also publish contributions to these debates from others. But there are some issues that are non-negotiable for us:

We believe the working class has the power to bring the entire capitalist system to a halt. Because of this, Left Voice believes that an independent organization of the working class and oppressed must lead a revolution. But we can’t wait around for this to be built on its own. We have to take up the preparatory tasks now to ensure that we are ready to meet the moment when it comes. Now is the time to build, strategize, and organize to make it so.

Our publication discusses and brings together those who fight against imperialism, capitalism, and all forms of bigotry. We write to bring the Left and people interested in socialism together to be a stronger force — with the aim of building a revolutionary socialist force to defeat the enemies of the working class and oppressed people.

Left Voice is part of the La Izquierda Diario Network, a Trotskyist news network in 14 different countries — and growing. Our aim through our international network is to engage in international struggle, debates, and strategic planning here in the heart of world imperialism. As revolutionaries in the United States, we have the opportunity and responsibility to take down the beast from the inside and stop it from invading and attacking the other countries under its thumb. Socialism in the United States can not be successful if its military continues to oppress, exploit and control the economic and political life of other countries. U.S. imperialism must be smashed, and revolutionaries in the United States must be at the forefront of its demise.

We also fight for the liberation of the working class and oppressed people from supposed “progressive” regimes around the world. The working class must control society to liberate it from capitalism. While we defend all countries against U.S. imperialism, we do not support the governments of Latin America’s Pink Tide, Cuba, China, or any of the supposedly “socialist” countries in which workers do not hold the reins of power. We also reject the “campist” perspective of much of the U.S. Left that has led them to support countless bourgeois governments across the world.

If you want to fight and defeat capitalism and imperialism and all forms of bigotry, join us. Our goal is uncompromising, and all of us participating in the struggle in our workplaces and in the streets must come together if we are to win.

We welcome contributions in the form of articles, videos, photos and art. Help document the struggles you’re seeing, analyzing, and participating in. The left is stronger when we all engage with ideas and debate openly and in a comradely manner.

Fill out this form to get involved.

Support us on Patreon

A donation of any size helps us continue our work. Click here to support us on Patreon. Funds are used for website costs and to support comrades covering class struggle across the U.S. and around the world